KUALA LUMPUR - A singer who made headlines for allegedly keeping a sun bear in her apartment has claimed trial at a Sessions Court here to two charges.

Zarith Sofia Yasin, 27, was accused of keeping the sun bear, or scientifically known as helarctos malayanus, without a permit at her condominium in Desa Pandan at about 8pm on June 6.

The singer, a former contestant on the TV programme Rockanova, also claimed trial to a second charge of keeping the sun bear in an environment not conducive to its comfort and well-being.

Deputy public prosecutor Munirah Zainal Abidin did not offer bail on the grounds that the accused committed a serious crime and there was a possibility she might disturb witnesses in the case.

Read Also
I thought I was rescuing a dog, but it turned out to be a bear, claims arrested Malaysian singer 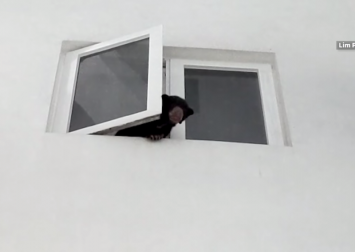 She, however, suggested a bail of RM30,000 if the court uses its discretion to grant bail.

Lawyer Datuk Mohd Haaziq Pillay Abdullah, who represented Zarith Sofia pro bono, asked for bail to be set at a lower amount as she only earned about RM3,500 a month as a singer.

"My client also has to support her parents," he said.

Mohd Haaziq also argued that there was no evidence that Zarith would disturb the witnesses in the case.

Sessions Court judge Manira Mohd Nor allowed bail at RM10,000 in one surety.

Manira also ordered Zarith Sofia to report at a police station monthly and to surrender her passport to the court.

A video of the sun bear peeking its head out of an open window and making noise went viral recently.

According to news reports quoting Zarith Sofia, she claimed she found the sun bear, that she named Bruno, in a weakened state near Bukit Ampang about two weeks ago and decided to nurse it to health.