Malaysian transgender cosmetics entrepreneur Nur Sajat has hinted she is now in Australia.

A transgender businesswoman who fled Malaysia after being accused of insulting Islam by cross-dressing has been granted asylum.

Cosmetics millionaire Nur Sajat, 36, has been on the run for months since being summoned to appear at a sharia court on a blasphemy charge for dressing as a woman during a religious event at her beauty centre in 2018.

Last month, she resurfaced in Thailand, where she was briefly detained, charged and fined over an immigration offence, but was subsequently released and has since arrived in a third country where she has been granted asylum.

Phil Robertson, deputy Asia director at Human Rights Watch, confirmed Nur Sajat’s application for asylum had been accepted, but declined to specify the country: “She is now safe but it’s up to her to reveal where she is.”

On Monday (Oct 18), Nur Sajat herself streamed a live Instagram chat in which she hinted strongly she was now in Australia. She was then asked by a fan why she had chosen Australia and replied: “Because they respect human rights.”

She also said she was never returning to Malaysia and later uploaded a map of Australia with the country’s flag on her Instagram next to the words “new life”.

She also changed the location on her account to Sydney, Australia.

News of her successful asylum bid is potentially embarrassing for Malaysia, which was recently elected to one of the 18 seats on the United Nations Human Rights Council for the 2022-2024 period – after winning the backing of 183 countries.

Human rights groups had previously expressed fears for Nur Sajat’s safety if she were to return home, saying that she had faced discrimination, persecution and harassment for years, including death threats.

After she fled Malaysia her whereabouts had been a mystery until Sept 8 when she was detained in Thailand.

At the time the Thai press had reported she was seeking asylum in Australia and Malaysian police subsequently lodged extradition requests with both Thailand and Australia.

An LGBT activist in Bangkok told This Week in Asia that Nur Sajat had left Thailand on Sept 30.

In her Instagram chat, Nur Sajat said she was “now happy and free”.

“I just want to be free to be myself … to have human rights,” said Nur Sajat, dressed in a turquoise top and light-coloured trousers.

She said she had sold all her businesses in Malaysia and “could not wait” to start afresh in her new country after she had completed her quarantine period.

“We have been quiet all this while because we plan to open a new shop in a new location and Alhamdulillah [thank God in Malay], we’ve got a lot of support. I am very excited and happy,” she said.

The entrepreneur found fame after the launch of her company Nur Sajat Aesthetic in 2015, since when she has often uploaded videos on social media of her dancing in revealing outfits while promoting her products.

The videos have won her many admirers but also many critics too. In 2018, she fronted her own online reality television series called Nur Sajat Xtra .

Hours before her live chat, Nur Sajat posted videos on Instagram in which she is wearing a tank top and pouting at the camera.

“It is very important that the freedoms and human rights of every human being are respected, not just for myself, but for those around the world,” she wrote, alongside the hashtags #nowimfreedom, #humanrights and #improudofmyself.

Robertson of Human Rights Watch said Nur Sajat deserved to be safe from the harassment and criminal charges she faced in Malaysia “for just being herself”, adding that her treatment did not reflect well on her home country.

“Malaysia has again shown itself to be one of the worst rights-abusing countries in Southeast Asia towards LGBT [lesbian, gay, bisexual and transgender] persons with this whole horrible episode of pursuing Nur Sajat,” he said.

Afiq Harraz, secretary-general of the new political group Parti Aspirasi Sains Malaysia, said it was “sad … that a Malaysian citizen has to resort to asking for asylum to escape persecution”.

“We hope that with the recent news that Malaysia has been elected to the United Nations Human Rights Council for the coming term we will see an improvement in upholding human rights for all of its citizens and also the migrant population,” Afiq said.

Afiq added, however, that he hoped Nur Sajat would now help the Malaysian authorities with other court cases in which she was involved before her disappearance.

The entrepreneur had been expected to provide evidence as a prosecution witness in a fraud case in a court in Ampang, Kuala Lumpur, on July 14, but did not appear, apparently because she had already fled the country.

In another case, last October, she was fined 14,500 ringgit (S$4,700) for possessing and selling cosmetic products not registered with the health ministry.

A bankruptcy notice has also been filed against her after she failed to pay 200,000 ringgit in damages to a company in a lawsuit in July. 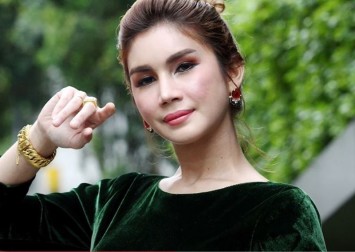 Malaysia has a dual-track legal system in which civil courts run in parallel with Islamic sharia courts, where Muslim Malays can be tried on religious, moral and family charges. Sharia law is imposed only on Muslims.

“The continuous and escalating anti-LGBT sentiments in Malaysia are extremely concerning,” the group said last month.

Intolerance and discrimination towards transgender Malaysians often spill over into violence. At least four transgender women were reported to have been killed between November 2018 and October 2019.