Malaysian university shuts down due to very unhealthy air 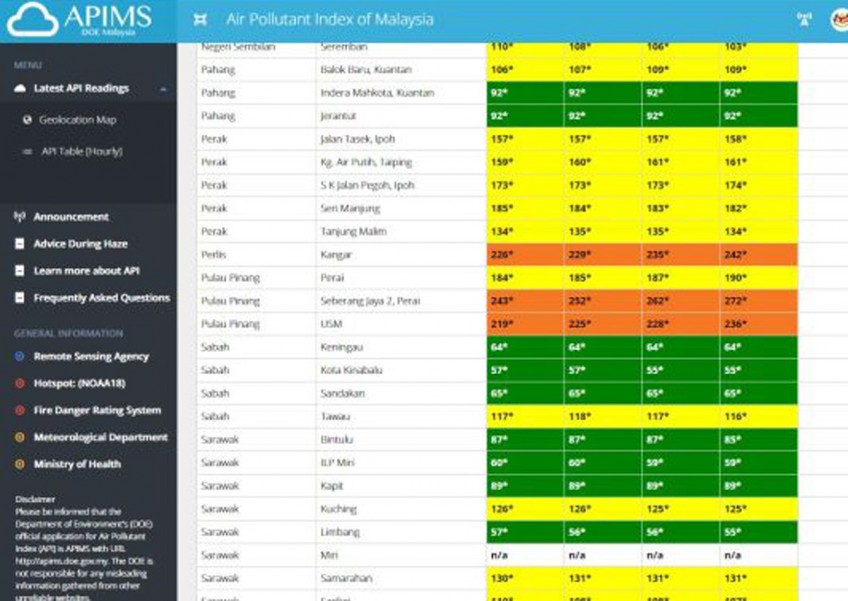 GEORGE TOWN - All activities, including lectures, at Universiti Sains Malaysia in Gelugor and its branch campuses in Bertam and Nibong Tebal are cancelled after the Air Quality Index recorded very unhealthy levels on Thursday.

The order extends to those with events and activities planned within the campuses, said USM registrar Siti Zubaidah A. Hamid in a statement on Thursday morning.

Indoor activities such as lectures, tutorials and laboratory work are postponed until midnight and pending further notice, she said.