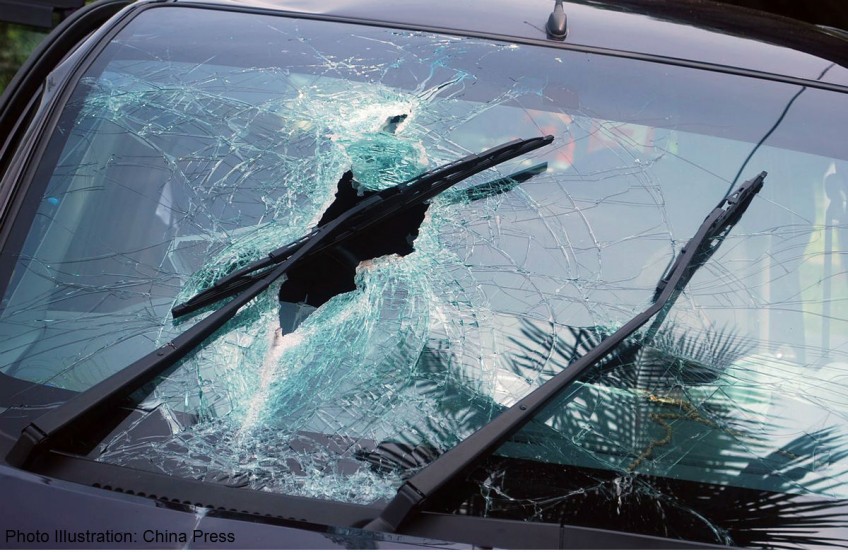 A separate accident which happened in Seremban back in 28 July 2007.

KUANTAN, Malaysia - The woman at the centre of a widely publicised road rage incident has been released on police bail.

However, he stressed that the investigation into the incident was still ongoing.

"Once we have completed the investigation, we will submit the case to the Attorney-General's Chambers, which will decide on the charges," he said yesterday.

Siti Fairrah, also known as Kiki, was recorded shouting at Sim Siak Hong, 68, when his car bumped into her new Peugeot 208 in front of the Urban Transformation Centre here on Monday.

In the incident, Siti Fairrah also grabbed Sim's steering lock and hammered his car several times with it, besides demanding RM2,000 in compensation.

Sim subsequently said he had forgiven her after they both lodged police reports that day.

However, the video which was uploaded online became viral the next day, causing public outrage against Siti Fairrah for the way she treated an elderly man.