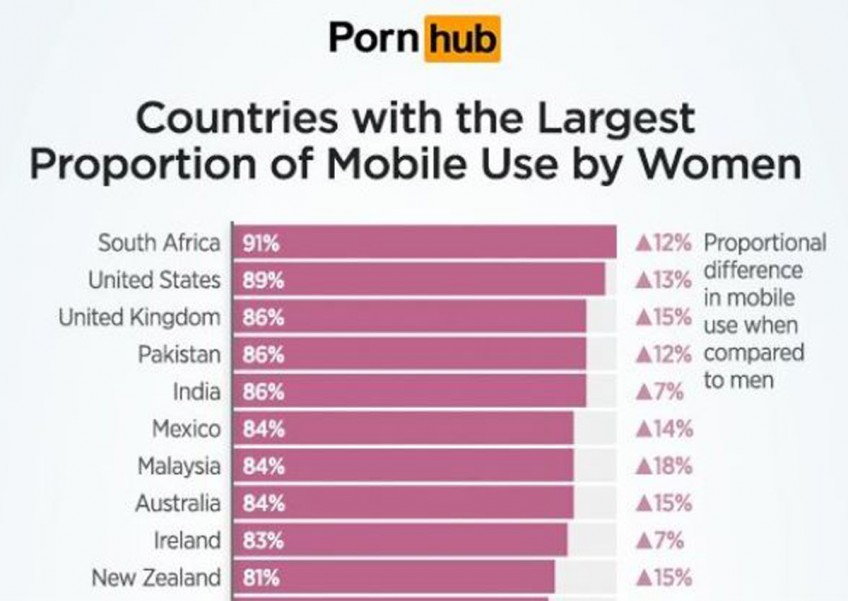 "As of February 2017, nearly 80 per cent of female traffic comes from mobile, compared to about 69 per cent for men," read the report.

The report added that women were 34 per cent less likely to use a desktop than men.

It also noted that the largest proportion of female smartphone users on the site were millennials, aged between 18 and 34 years old.

Smartphone usage dropped with an increase in age.