PETALING JAYA - Prime Minister Dr Mahathir Mohamad warned that Malaysia would soon be overtaken by its poorer neighbours because its people expect handouts rather than work hard.

He said many Malaysians have become dependent on financial handouts such as the 1Malaysia People's Aid (BR1M) under the previous Barisan Nasional administration.

"We bring in foreign workers to do the jobs Malaysians do not want to do.

"The government collects taxes and levies from these foreign workers only to give to these Malaysians who think they have disabilities as financial assistance," he was quoted saying by The Malaysian Insight on Sunday (Nov 25). 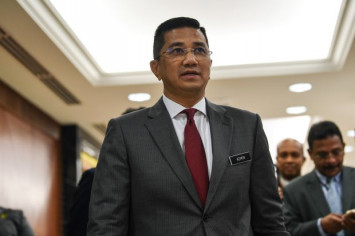 Dr Mahathir predicted that fellow South-East Asian country Vietnam, which had been ravaged by war, would soon overtake Malaysia in the economic ranking because they have a lot of hardworking people.

"Vietnam will pull ahead of Malaysia because its people are very diligent.

"In Malaysia, people don't want to work because the government gives them money," the news portal reported.

The Prime Minister said this in his address at the opening ceremony of Dash Resort in Langkawi on Sunday (Nov 25).

Earlier in his address, Dr Mahathir also said the government should not be doing any commercial activities and should leave "the business of doing business" to the private sector.

He was quoted by TMI saying that the primary duty of the government is to pass laws and enforce them.

"The government has no expertise to do business and we will lose money.

"The private sector knows better how to make money. They have the ideas," Dr Mahathir added.

He said that the government would not make it difficult for entrepreneurs to do business because at the end of the day, "we (the government) will get 36 per cent of what you make".

"That's why we want people to be successful in business. We do not invest a single sen but we get 36 per cent in return."