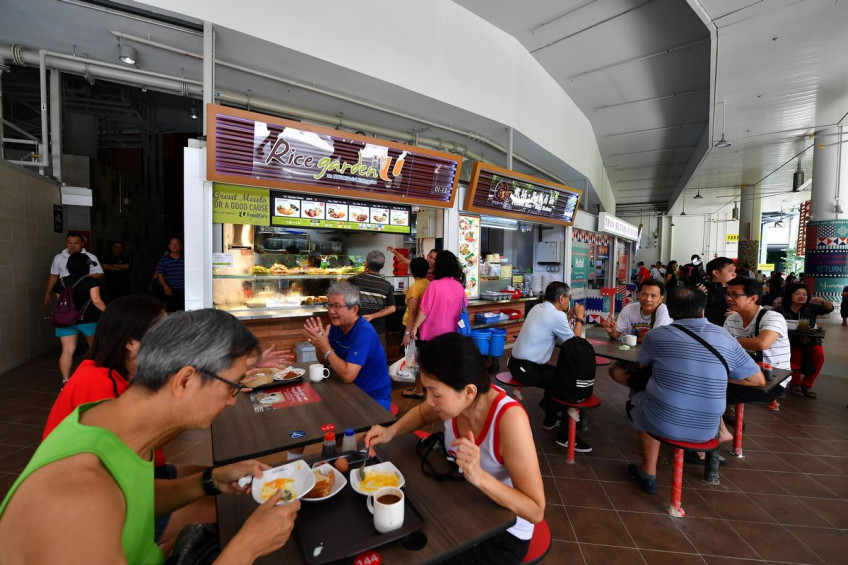 Patrons at Pasir Ris Central Hawker Centre, one of about 110 hawker centres here.
The Straits Times

PETALING JAYA - Malaysians have taken to Facebook to comment on Singapore's planned move to nominate the city-state's hawker culture for inscription into Unesco's Representative List of the Intangible Cultural Heritage of Humanity.

"In terms of hawker food, I think Thailand and Indonesia are the most vibrant ones," Fikri Hasim added.

Other users like Roy Yuen, Shahrain Mohamad and Khoo ChunKheng said Penang food is the best.

User Qui An said Penangites should lobby for their state for "Asia's best food destination and a heritage site for authentic Asian cuisine."

Sarimah Samad-Imran questioned if Singapore would stop at claiming "nasi lemak and curry laksa as their own".

"Apparently they continuing to claim "hawkers" as their culture too? I guess soon enough everything under the sun would be their food and culture," she wrote.

Similar views were shared by another Facebook user, Hamzah Hashim.

"I went to a Ramadan Bazaar in Singapore last year. It is a joke. Overpriced with a lack of traditional food and too much hipster food," he commented.

Noel Solomon Ponniah agreed with the statement, adding that it is "such a cultured practice" while Harivin Krishnan said that this practice is the "only heritage the Singapore food court has".

Singapore Prime Minister Lee Hsien Loong had said in his speech during the Republic's National Day Rally on Sunday (Aug 19) that the republic will be nominating its hawker culture for Unesco's Representative List of the Intangible Cultural Heritage of Humanity.

Mr Lee said Singapore's hawker centres were its "community dining rooms" and are a unique part of the country's heritage and identity.