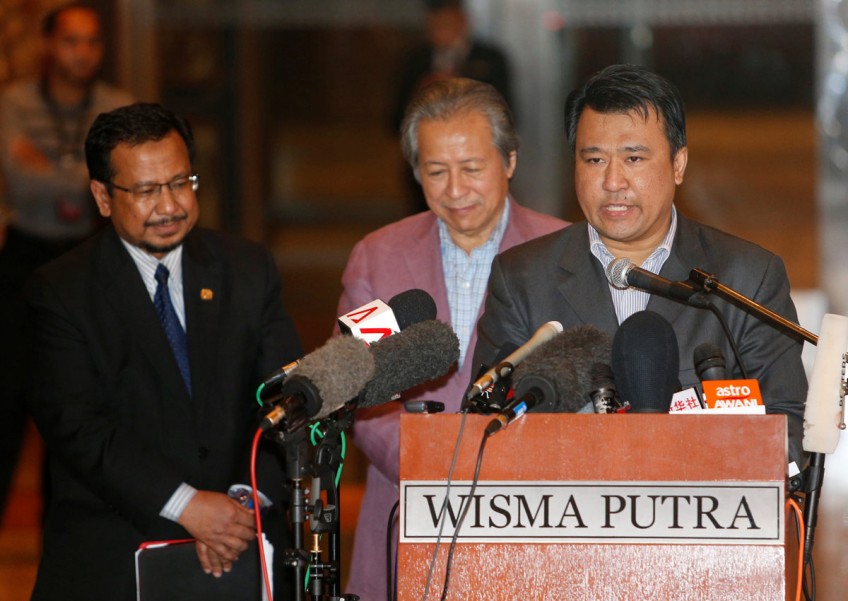 SEPANG - Fellow diplomats in North Korea were a great source of support and help in trying times, said Malaysia's counsellor to North Korea.

"We were not harassed by the North Korean authorities, they told us that life would continue as normal.

"But the fact we weren't allowed to travel home was concerning," he told reporters an hour after touching down at the Kuala Lumpur International Airport (KLIA) early Friday morning.

"I would not deny that when the NK government imposed the ban, we had grave concerns as we had done no wrong," said Mohd Nor Azrin, thanking Prime Minister Datuk Seri Najib Tun Razak and Foreign Minister Datuk Seri Anifah Aman for their efforts in bringing him and the other Malaysians home.

He said Malaysian embassy staff had taken turns to travel to Beijing for Euro currency and foodstuff prior to the ban but had to rely on the assistance of the embassies in Pyongyang after the travel restriction was put in place.

He added that they had to keep their spirits strong, knowing their families would be worried for them.

"We would like to spend time with our family members now," he said, calling a close to the brief press conference.

No questions from the media were taken during the conference.

The chartered flight carrying the nine touched down at KLIA at 5.03am, after departing Pyongyang at 7.45pm Malaysian time on Thursday.

The nine had spent 24 days of uncertainty in North Korea since the ban on them leaving was put in place on March 7.

Mohd Nor Azrin later told reporters that the nine were allowed to move around Pyongyang and that they continued their daily work as usual.

When asked if it was like living a nightmare, he said that they knew what was happening and kept their spirits up.

"We kept motivating each other ... we were very close, like a family," he said.

On whether he would consider returning to Pyongyang, Mohd Nor Azrin said that he would follow instructions.