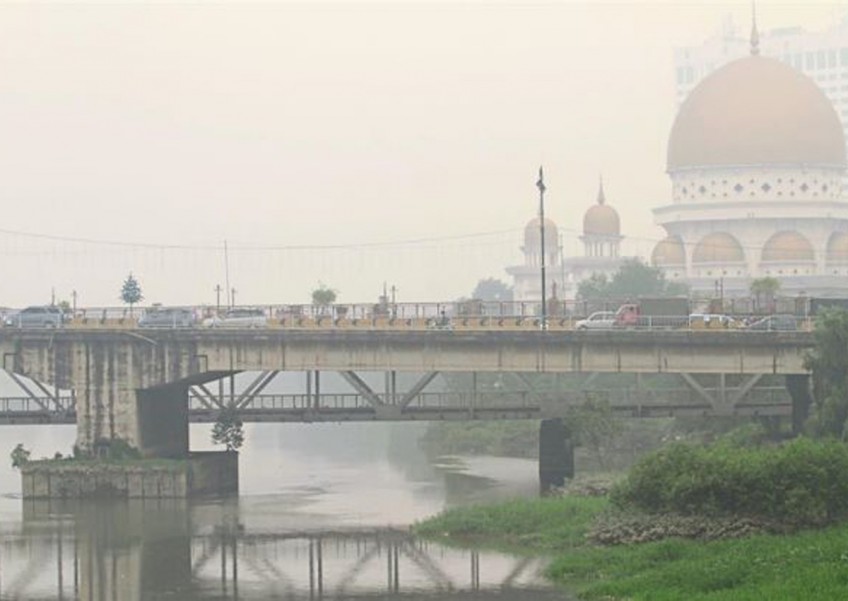 PETALING JAYA - Malaysians are at the end of their tether having to live with the unhealthy air probably until March next year, and are demanding concrete action from both the Government and Indonesia.

Voicing their frustration in cyberspace, many urged the Government to push Indonesia for an end to the forest fires raging in various areas in the republic.

Many commented that the haze should be tackled at the root cause.

"There has been much coverage on the haze, but little on the cause of the forest fires," commented Facebook user Chey Vun Khen.

"The haze will not end until its root cause is solved," he said on The Star Online Facebook page.

The Star on Monday reported that experts predict an increasing number of hotspots and raging fires in new areas in Indonesia.

Along with the El Nino-like conditions, this may mean that Malaysians could be smothered by the haze until March next year.

Facebook user Usun Jau said if the cause was not tackled, the haze would keep coming back in years to come.

"By the time it ends next year, another forest fire would be created again. The cycle goes on and on," said Jau.

Many wanted the endless cycle of haze to be stopped once and for all.

"The economic consequence is enormous," he said.

Readers said that the closure of schools every other day due to the haze was not practical.

Facebook user Siti Fatimah Zahra said that she pitied the school children and teachers because so many activities have been postponed and rescheduled.

"No more closing schools! Let the kids finish their exams," she said.

Malaysians are also worried about the health effects caused by the haze.