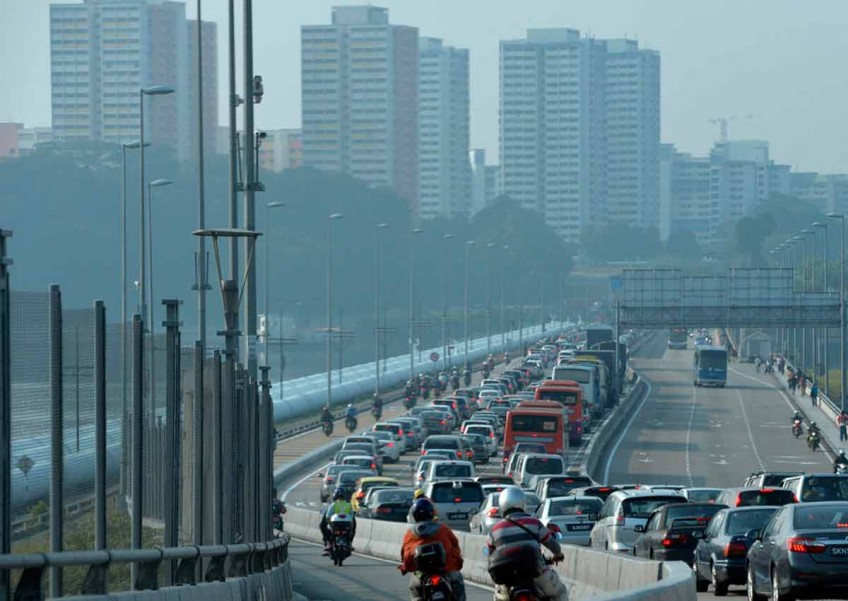 JOHOR BARU - Malaysians working in Singapore are determined to vote on polling day, although some will not be able to make it.

A shop assistant in Singapore, Hamami Razali, 27, said she would take leave to vote in Johor Baru.

This year's election will be a mid-week affair, taking place on Wednesday (May 9).

"My father, who is a former primary schoolteacher, always emphasised the importance of being a good Malaysian. He said the least we can do is to go out and vote during the elections," she said.

Contractor Ibnor Radzi Mohamed Salleh, 26, who works in Singapore but lives in Johor Baru, said that he would be voting despite polling day being set on a weekday.

"My late father taught us to always take charge of the fate of the nation and I feel that is the least I can do," he said.

"I understand the frustration of working people, especially those in Singapore, and I would not blame them if they choose not to come out to vote on that day," he added.

Ibnor said many Malaysians, especially Johoreans, are working in Singapore, and this could have some impact on the general election.

"I hope that they will try to vote on polling day no matter how difficult it may be," he said.

It is estimated that there are half a million Malaysians working in Singapore, according to previous press reports.

Accountant Gan Xin Ru, 22, said she had missed the voter's registration date but most of her friends planned to take the day off.

"I registered in January and I am very disappointed to find out that I do not qualify to vote in this general election," she said.

Meanwhile, Norhayati Khamis, 35, who lives in Johor Baru, said that she has not decided whether to vote or not.

"I am disappointed with the date as it is very difficult for us working in Singapore to get the day off.

She is also worried about the congestion that might occur on polling day as many Malaysians in Singapore will be travelling to Johor to cast their votes.

Sales manager Harvinder Kaur, 31, said her work schedule dictates whether she returns to Johor or otherwise.