Eat all you can, sweetheart: Goh V Shem’s wife Wong Pui Mei did all the cooking to serve him a nice meal during Christmas last year.

KUALA LUMPUR - Doubles shuttler Goh V Shem is hoping the arrival of his first child will lead to a revival of his Olympics hopes.

For the 30-year-old Rio Olympic Games silver medallist, the timing could not have been better.

With the Olympics being postponed to next year from July 23-Aug 8 due to the Covid-19 pandemic, V Shem gets to be with his wife and resume his chase for a place in Tokyo with his partner Tan Wee Kiong.

The father-to-be said he has been kept busy at home.

"One of my main jobs is to wash the dishes after breakfast, lunch and dinner, " said V Shem, bursting into laughter.

"I'm not complaining, though. For now, it's just my wife and I at home, once the movement control order is lifted, I'll get more help."

While he will have his hands full as a father soon, V Shem said it would not slow him down from playing badminton. In fact, his newborn baby will be his inspiration. 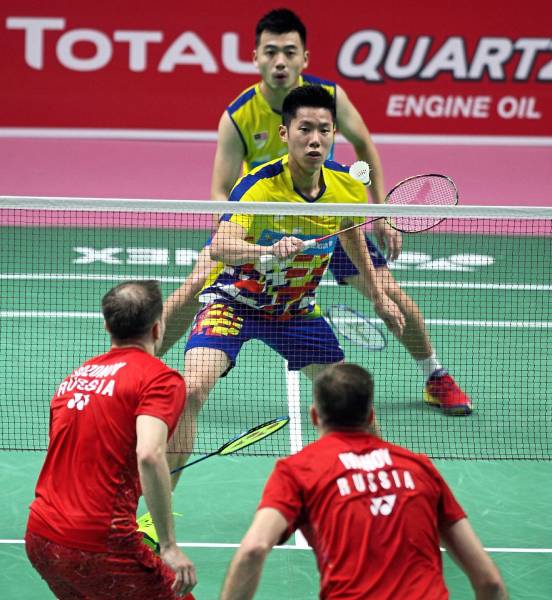 "When I won the silver medal with Wee Kiong at the Rio Games, I was not even married. Now, I've another reason to fight hard to qualify for the Tokyo Games, " he said.

But first, V Shem and Wee Kiong will have to lift their game one notch higher when the Badminton World Federation (BWF) resume the international tournaments in July. The world body have suspended all tournaments until end of June.

The postponement of the Games has put V Shem and Wee Kiong back in the race together with Aaron Chia-Soh Wooi Yik and Teo Ee Yi-Ong Yew Sin to win one of the maximum two tickets for the Tokyo Games.

A country can have two pairs if both of them are ranked in the top eight of the final qualifying list. 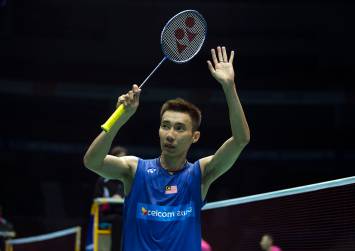 Currently, in the Road to Tokyo race, Aaron-Wooi Yik are leading the pack at the eighth spot followed by V Shem-Wee Kiong at 14th and Ee Yi-Yew Sin at 15th.

The world body are currently reviewing the qualifying process, and they may extend the period by another few months or they may start all over again by setting a new time frame for players to make the cut.

"As independent players, there is still a chance to qualify but we need the support of our sponsors to keep going, " said V Shem, whose partnership with Wee Kiong is currently supported by Yonex.

"We may be one of the oldest pairs in the chase for Olympics tickets but we'll fight until the new qualifying period ends, " added V Shem.

In their first year as an independent pair last year, they did well to win the Thailand Masters and Taiwan Open.