A soldier stands guard at a roadblock to enforce lockdown measures in Kuala Lumpur, on Jan 13, 2021.

Malaysia's counterterrorism chief says lockdowns resulting from the Covid-19 pandemic have been a “blessing in disguise” in reducing the terror threat posed by Islamic State (Isis) supporters in the country, adding that the release of a radical Indonesian cleric is unlikely to reactivate local  terror cells of the al-Qaeda-linked Jemaah Islamiah (JI).

Normah Ishak, head of Counter-Terrorism Division of the Special Branch – the intelligence arm of the Malaysian police – and the first woman to hold the position, said there were seven terror suspects arrested last year, down from 72 in 2019.“

Covid-19 came to Malaysia as a blessing in disguise. Due to … pandemic prevention measures, daily movement and activities have been restricted,” she said at the online Symposium on Preventing and Countering Violent Extremism in Southeast Asia, which began on Tuesday (Jan 12) and runs for two weeks.

Normah said lockdowns last year had “flattened the curve of terrorism” as the restrictions had affected everyone across the social spectrum, including Isis supporters.

Movement in various regions across Malaysia was restricted across a nine-month period last year to curb the spread of the disease. On Wednesday (Jan 13), amid a surge in Covid-19 cases, the government once again placed most of the country under some form of lockdown, banning interstate travel.

The country’s king also agreed to declare a state of emergency to give authorities more power to combat the pandemic, though critics said this offered a reprieve to embattled Prime Minister Muhyiddin Yassin, who is struggling to stay in power.

By monitoring online chats, the authorities established that Isis supporters and sympathisers would wait for news that terror suspects had been arrested as it “romanticises [their activities] on the front page”, Normah told attendees of the symposium, organised by the International Islamic University Malaysia in collaboration with University of Maryland and the United States embassy in Kuala Lumpur.

As for JI members, Normah said there were many present in Malaysia but were constantly monitored by police.

“I can confidently say the old JI [members] have been rehabilitated,” she said. “The offspring of former JI … have no interest in whatever their parents have gone through with [the group].” 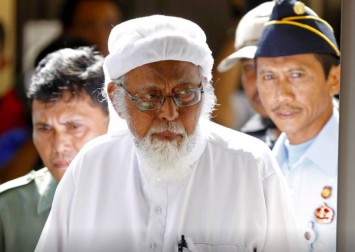 The release in Indonesia of Abu Bakar Bashir, the 82-year-old co-founder and former head of JI – which was behind the 2002 Bali bombings that killed 202 people – did not have implications for Malaysia, Normah added.

Bashir received a 15-year jail term in 2011 for funding a terror training camp in Aceh, North Sumatra. His early release fuelled fears that he would reactivate JI cells in the region, as analysts said militant groups were waiting to anoint him as their spiritual leader.

“Abu Bakar Bashir will not have influence in Malaysia,” Normah said, adding that he was followed only by a small group of people who were already being watched by the authorities.

Bashir lived in exile in Malaysia from 1985 to 1998, where he spread his extremist ideology. His students included Azahari Husin, who made the explosives for the Bali bombing, the 2003 blast at the Marriot Hotel in Jakarta and the Australian embassy car bombing a year later. He was killed by Indonesian police in a 2005 raid.

Malaysia’s counterterrorism chief also touched on the issue of Malaysian citizens in Syria, after more than 100 of them headed there around 2013 to fight for Isis or to live under the caliphate. Several of them died as suicide bombers while others died fighting alongside the militant group.

To date, at least 56 Malaysian Isis members remain in Syria, and Normah said the government was open to repatriating them.

“If we let them be there, they could escape prison, wherever they are, slip out from the conflict zone and get a forged passport or forged identity and slip back to Malaysia without us knowing,” she said, adding that repatriation would enable the police to control their movements and deal with them when they returned.

Isis was defeated in March 2019 by the US-backed Syrian Democratic Forces (SDF). At its peak, the terror group controlled about a third of Syria and 40 per cent of Iraq, and drew an estimated 30,000 foreign fighters.

Normah said the Malaysians were stuck in Syria as they were housed in areas controlled by the SDF, which Kuala Lumpur did not recognise diplomatically.

Ahmad el-Muhammady, a counterterrorism expert and lecturer at International Islamic University Malaysia, warned at the symposium that political radicalisation was a far bigger threat than terrorism, given political instability in Malaysia.

Before it fell, the then opposition used race and religious issues to attack the Mahathir administration, accusing it of being anti-Islam and claiming a coalition party led by ethnically Chinese Malaysians was actually running the country – a tinderbox issue in Muslim-majority Malaysia.

Ahmad said political tensions could lead some people to adopt increasingly radical views and engage in violence. He emphasised that the idea of “political radicalisation” was put forth by Yazid Sufaat, a Malaysian scientist who recruited terrorists for Isis and al-Qaeda and tried to help Osama bin Laden develop anthrax for use as a biological weapon. 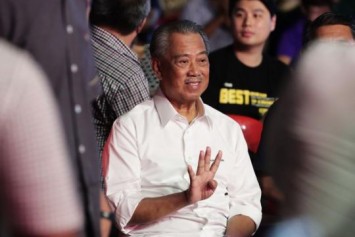 Yazid was released from Malaysian prison in 2019 and currently lives in Kuala Lumpur, where he is under police observation.

Ahmad said political radicalisation among extremists often started with them rejecting the country’s democracy-based political system, which they viewed as secular and “not so Islamic”.