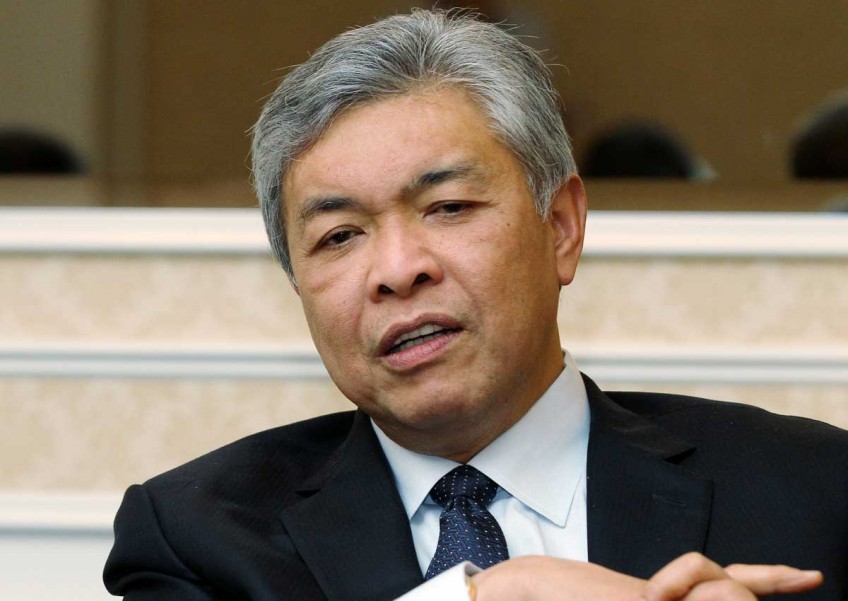 PUTRAJAYA - Datuk Seri Dr Ahmad Zahid Hamidi who will be facing 45 charges in court will be the second top-level leader from Umno to face legal battle since the May 9 general election.

His charging today comes nearly a month after former prime minister Datuk Seri Najib Tun Razak was charged with another 25 counts of money laundering on Sept 20 - bringing the total charges against Najib at 32 for money laundering, bribery and criminal breach of trust.

He is expected to face a new set of charges soon.

Both Dr Ahmad Zahid, the former deputy prime minister, and Najib had separately turned up at the MACC headquarters yesterday.

The 65-year-old Umno president is to be charged with not only corruption but also with committing criminal breach of trust and money laundering, according to sources.

Sources familiar with the investigation of alleged misappropriation of Yayasan Akal Budi funds said Dr Ahmad Zahid "has a lot of char­ges to answer".

"Under Anti-Money Laundering, Anti-Terrorism Financing and Pro­ceeds of Unlawful Activities Act alone, there are 25 charges to be brought against the Umno president," a source told The Star.

Yayasan Akal Budi - of which Dr Ahmad Zahid is the chairman - was set up by his family to help eradicate poverty and to provide Islamic education and he is said to have used RM800,000 belonging to the foundation to pay off credit card bills.

Dr Ahmad Zahid arrived at the MACC headquarters yesterday at 3pm as requested by the authorities who handed over the notice to him at the party headquarters the day before.

He left some 90 minutes before Dr Ahmad Zahid was scheduled to arrive.

Despite the possibility of being arrested, Dr Ahmad Zahid was his calm self, smiling and waving at the media corp.

His wife Datin Seri Hamidah Khamis and their children accompanied him to the MACC.

Shortly after he arrived, Umno supreme council member Datuk Lokman Noor Adam posted on his Facebook that the party president had been arrested, creating a buzz among his supporters and wellwishers who came all the way from his constituency in Bagan Datuk.

Hamidah was a picture of calm when she met her husband's supporters after the news of his arrest broke.

Accompanied by her daughter Datuk Nurulhidayah, Hamidah shook hands with them and said Dr Ahmad Zahid would be spending the night in lock-up.

"His lawyers wanted to arrange for him to go home but he said no," she said.

Hamidah said this would not be the first time her husband had been detained as he had been arrested under the Internal Security Act before during his Umno Youth days.

"We shall meet tomorrow (today) at the courts. Please pray for him," she said.

On July 3, just days after he won the Umno presidency, Dr Ahmad Zahid was called by investigators to be interrogated over the case. He was called again three times last week.

Two other Umno leaders had also been summoned by graft busters for other cases.

Umno vice-president Datuk Seri Mahdzir Khalid who is former education minister had spent several hours on Tuesday, being grilled over the case of RM1.25bil solar energy project for Sarawak schools.

Supreme council member Datuk Seri Abdul Azeez Abdul Rahim had spent 10 days under remand as MACC looked into allegations of bribery and money laundering said to have been committed by the Baling MP.

MACC sources however were tight-­­lipped when asked if more Umno perso­nalities would be quizzed over questionable activities.