Malaysia ’s motorists have long grown accustomed to the billboards that dot the country’s major thoroughfares such as the 772km North-South Expressway, but in recent years these seemingly ubiquitous hoardings have begun to carry a new sort of advertisement.

Siti Nurhaliza, Neelofa and Uqasha Senrose are just some of the many Malaysian influencers and television stars whose smiling faces can now be seen plastered across these billboards – each promoting a different brand that vie for prominence in the country’s ever-growing health and beauty sector.

Ads for products such as “slimming tea”, as well as various lotions and serums touted as cure-alls for unsightly spots and skin blemishes, often feature other faces too: those of the brands’ founders, many of whom are celebrities in their own right on account of their large social media followings.

These tech-savvy entrepreneurs spend multiple millions getting their products in front of as many eyes as possible. And though online ads may not be as conspicuous as roadside billboards, active users of Malaysian social media are sure to have scrolled past at least one of these omnipresent offerings as they browse Instagram or Facebook .

The industry’s rise, sustained even amid the Covid-19 pandemic , has been a boon for the brands’ founders. Increasingly, however, the proliferation of quasi-pharmaceuticals has raised concerns about the – possibly fatal – consequences for a buying public, who activist groups say are too often enticed by misleading “pseudoscience”.

Between 2008 and 2019, Malaysia’s National Pharmaceutical Regulatory Agency listed no fewer than 171 health and beauty products that it had found contained banned ingredients, including poisonous mercury and tretinoin, an acne and leukaemia medication that carries a wide range of side effects from skin irritation and hair loss to birth defects in unborn children if used while pregnant. 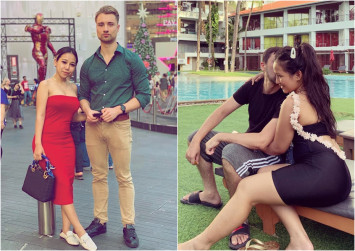 Despite regulatory action being taken, numerous dubious products remain available for purchase on e-commerce platforms that Malaysian authorities have a hard time monitoring, or via drop-ship agents – online resellers who source items and ship them directly to customers without keeping any in stock.

Ahmad Firdaus Mohd Harris, president and founder of the Medical Mythbusters Malaysia Facebook page run by doctors and pharmacists, said he was most concerned about the outsize role social media played in driving demand for health and beauty products.

Many that are later found to be dubious are initially marketed as “all natural health supplements” made without artificial substances, he said. “They offer 100 per effectiveness without the side effects of ‘modern medicine’, but unbeknown to the users, controlled drugs are added to the product to ensure they work.”

Influencers helping market such substances and treatments to an unsuspecting public have a responsibility to make sure the products comply with regulations and are proven to work, Ahmad Firdaus said, and should not “claim to be ignorant to what they are promoting as they are directly profiting from the suffering of others”.

Aliff Syukri Kamarzaman, among the biggest names in the new wave of health and beauty entrepreneurs sweeping Malaysia, said he believed the current regulations were adequate to deal with critics’ concerns.

The 34-year-old “cosmetics millionaire”, as local media like to define him, uses social media to advertise the more than 60 products sold by his 11-year-old company D’Herbs to his 4.3 million Instagram followers and 1.5 million YouTube subscribers.

He told This Week In Asia that his pioneering marketing strategy of engaging popular influencers and celebrities to reach an even wider audience had since been copied by other entrepreneurs keen to enter the space, inspired by what he called his “rags-to-riches” persona.

More famous faces with between 2-5 million social media followers could command as much as 10,000 ringgit (S$3,200) per advertisement, Aliff said, while those in lower “tiers” with fewer followers were paid half that amount or less.

To promote his products through “channels like broadcast and magazines or even online, there are very important regulations that I need to abide by”, he said, “specifically with the packaging”.

Aliff knows from experience the consequences of not abiding by regulations. In 2017, he was fined 11,000 ringgit for offences under the Malaysian Food Act relating to adverts for D’Herbs’ Jus Perawan, or virgin juice, which were found to be misleading. 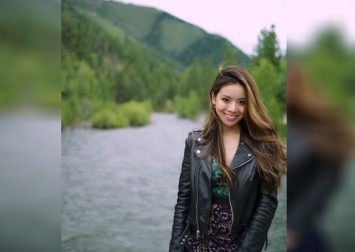 Controversy has stalked other well-known entrepreneurs operating in the space, such as Noor Neelofa Mohd Noor. The 32-year-old actress, television presenter and model – better known by her mononym, Neelofa – sparked an outcry in 2019 for adverts suggesting a banana milk drink she was promoting called “Nilofa” could regulate insulin production, among other dubious health claims.

Aliff, who has not been censured since the fine in 2017, said he hoped any new entrants to the sector kept customer safety at the front of mind, for the good of the industry as a whole.

“Many entrepreneurs just jump in because they see how successful the business can be without realising that when they don’t adopt safe practices and the reputation of local brands are tarnished, there will be a lot of problems for the rest of us,” he said, stressing that his comments were not aimed at anyone in particular.

“Please use transparent marketing campaigns and most importantly, sell and promote products that are safe and approved because whenever a customer complains about side effects, the other local brands and products will no longer be trusted.”

For specialist observers such as Ahmad Firdaus and Fadzley Mohamad – co-founder of activist group Public Health Malaysia – the antidote to the scourge of pseudoscience in the sector remained regulation.

But authorities have their work cut out for them, Fadzley said, given the subterfuge that some more shady sellers employ, such as repackaging banned products and then selling them under different company names.

“It’s time to tighten up the regulation and make it tougher for a company to market health products,” he said, citing frequent misuse of the term “cosmetics” to promote “unapproved products and supplements”. Malaysia’s cosmetics industry is regulated by the country’s Sale of Drugs Act 1952 and Control of Drugs and Cosmetics Regulations 1984.

The National Pharmaceutical Regulatory Agency did not respond to a request for comment for this article, but has previously said that monitoring marketing activities for misleading claims remained a top priority.