An artist’s impression of the moment star witness Timothy Leissner points out former Goldman Sachs banker Roger Ng in the ongoing US trial over the 1MDB scandal.

Revelations in the ongoing trial in the United States of an alleged key player in Malaysia's 1MDB scandal are continuing to cause shock waves, with the ex-leader Najib Razak on Wednesday (Feb 23) scrambling to counter testimony by a key witness.

Since the start of the trial in Brooklyn against ex-Goldman Sachs banker Roger Ng, Malaysians have been keeping close tabs on daily international media reports for fresh details about the multibillion-dollar plunder — which felled Najib as prime minister in 2018 and continues to be a key issue of debate in national politics.

On Tuesday, the US government's star witness Tim Leissner — also formerly from Goldman — told jurors that the former Goldman global chief, Lloyd Blankfein, had met Najib during the Thanksgiving holidays in 2009, at which point the then prime minister petitioned the bankers for jobs for three of his children.

The meeting took place in the apartment of Jho Low, the fugitive Malaysian businessman widely viewed as the chief architect of the theft.

"Just met PM's three children with Jho at his apartment," Leissner read to the jurors from an email Ng sent him, Bloomberg reported. "We'll work on getting them to join GS."

Leissner replied to Ng: "Sounds good my friend. Get them in."

While multiple media outlets have previously reported Blankfein's presence in the 2009 meeting, the claim that Najib was seeking jobs for his children in the bank is new.

The ex-prime minister is on trial for his links to the case and has already been convicted and sentenced to 12 years in jail in one of these cases. He is appealing the verdict.

As Malaysians parsed local media reports on the testimony, Najib took to his widely followed Facebook page to insist that he had not solicited a bribe in the episode. 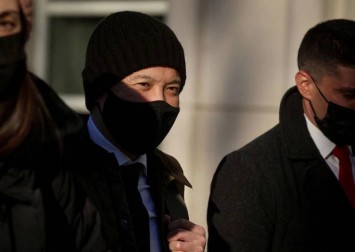 "It did not happen, and none of my children were offered jobs at Goldman Sachs and did not work at that American Bank," he wrote in Malay.

"While the headlines of the local media give the impression that I was being bribed by Goldman Sachs who offered for my children to work at the bank, what [former Goldman Sachs executive] Tim Leissner described was their attempt to bribe me," he wrote.

Leissner testified that he eventually helped Najib's daughter get a Hong Kong-based job at TPG, a private equity company which has no ties with Goldman.

"Tim Leissner introduced my daughter to apply for a job at TPG Capital in Hong Kong, which has nothing to do with Goldman Sachs," Najib said, adding that the job was a junior-level position which his daughter held for a year.

Leissner also testified that the former long-time Malaysian central bank chief Zeti Akhtar Aziz — a respected figure across the country's political divide — greenlit an "unprecedented" transfer of US$1 billion (S$1.35 billion) 1MDB funds out of the country at a time when capital controls were still in place.

That revelation was also scrutinised on Malaysian social media on Wednesday, with commentators suggesting it raised questions on Zeti's role in the scandal.

Malaysian legal authorities have thus far given no indication that they believe she was complicit in the crime.

In his post, Najib questioned why the local media did not report Leissner's testimony about Zeti. 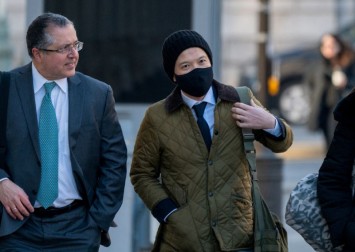 Also attracting eyeballs was Leissner's testimony about his decade-long romantic affair with Rohana Rozhan, the former chief executive of Astro Malaysia, the country's biggest pay TV operator. Leissner revealed that he ended the affair when he decided to marry American model and TV personality Kimora Lee Simmons in 2013.

The jilted Rohana, Leissner claimed, then threatened to expose his involvement in the 1MDB dealings unless he bought her a multimillion-dollar house in London.

The ex-banker subsequently bought the property.

"If I didn't buy her a house, she would tell the authorities about my involvement in the 1MDB scandal. She was threatening to expose me. At the time, 2013, I was very fearful of that," Leissner was quoted as saying.

Rohana resigned from Astro in June 2018 — following Najib's defeat in elections a month earlier — with her resignation notice stating that she wished "to pursue other goals".

Leissner, who is testifying against his ex-subordinate Ng, in 2018 opted to plead guilty to charges implicating him in the scandal, and faces a lengthy jail term.

Ng, facing charges of money laundering and bribery, was extradited to the US from Malaysia for the ongoing trial and faces a separate case in the Southeast Asian nation as well.

Both are alleged to have played a significant role in the siphoning of Goldman-underwritten 1MDB bond offerings. Goldman itself has admitted wrongdoing by its Malaysian subsidiary and agreed to pay over $5 billion to regulators around the world.

The salacious courtroom drama meanwhile is also serving as political fodder in the lead-up to a key statewide election in the Malaysian state of Johor on March 12, with critics of Prime Minister Ismail Sabri Yaakob using the case to attack him and his United Malays National Organisation (Umno). Najib remains a key Umno member.

Addressing Johor voters on Monday, the elder statesman Mahathir Mohamad — an arch-critic of Najib — said the impact on Malaysia's reputation arising from the scandal-haunted ex-leader's shamelessness was akin to "a national leader going naked in front of a foreign dignitary and then urinating in front of him".

Mahathir, who has stepped up his attacks on Najib amid the latter's intensifying role in campaigning ahead of the Johor polls, lambasted the younger politician's slogan of "Malu Apu Bossku"? (What is there to be ashamed of, boss?).

The 96-year-old said no foreign leader wanted to be associated with a counterpart who was "shameless", "smelly", "naked", and "urinating openly".