In Malaysia, a recent spate of police probes into voices critical of the government has raised questions on whether the new administration is using an old playbook to stifle dissent.

In recent weeks, police investigations have been launched against several top opposition politicians and an anti-corruption activist, as well as several unionists protesting alleged labour abuses by a company linked to the nation's sovereign wealth fund.

Most recently, former deputy minister Hannah Yeoh - who is part of the Pakatan Harapan coalition that previously governed the country - said she had been called in by the police over a tweet in which she asked about the status of the country's action plan to end child marriage, a long-standing issue in Malaysia.

According to the police, Yeoh is being investigated for statements bringing about public mischief and improper use of network facilities - a catch-all clause under the Communications and Multimedia Act often used in the past to clamp down on "fake news".

Yeoh's colleague Xavier Jayakumar, an ex-minister, is being investigated under the colonial-era Sedition Act for calling the country's recent day-long parliamentary sitting "rubbish".

Also this week, the nation's attorney general filed an application to launch contempt of court proceedings against news portal Malaysiakini over reader comments on a story.

In his application, Idrus Harun alleged that Malaysiakini had facilitated the publication of comments that impugned the judiciary, saying they "clearly meant that the judiciary committed wrongdoings, is involved in corruption, does not uphold justice and compromised its integrity".

Anti-corruption activist Cynthia Gabriel, who is facing a sedition investigation, described the moves as a "heightened crackdown" on those critical of the current regime and how it came to power.

The home ministry, helmed by Prime Minister Muhyiddin Yassin's top lieutenant Hamzah Zainuddin, did not immediately respond to This Week in Asia's queries on the multiple investigations.

Opposition MP Yeoh's revelation about the police probe into her Twitter comments triggered a sharp reaction on social media - even among Muhyiddin's allies.

Azalina Othman, who was a minister in the government of disgraced former premier Najib Razak, on Wednesday tweeted that the investigation had set a "bad precedent" and opened unnecessary floodgates.

The prime minister's cobbled-together coalition - reportedly facing cracks along intraparty fault lines - is comprised of PBBM as well as hardline Islamist party PAS and the United Malays National Organisation (Umno), which was previously headed by Najib.

Najib was ousted in the 2018 elections after leading the country for nine years, during which critics charged that his government had made use of broadly worded laws such as the Sedition Act to clamp down on detractors. It also introduced a tough National Security Act.

His administration came under particular scrutiny in 2014, when dozens of activists, politicians, academics and some students were investigated or charged with sedition - even though Najib had pledged earlier to repeal the law.

Read Also
Should Malaysians be worried about food security? 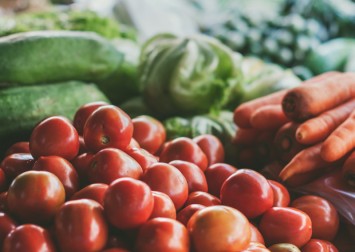 Gabriel, the activist, said she was "disturbed" over the latest series of probes, including into her own comments about potential corrupt practices.

"We are disturbed that anti-corruption activists are now targeted, as in my case. We had merely urged the anti-corruption authorities to investigate 'horse trading' among members of parliament when the change of government took place," she said, pointing out that even the nation's monarch had urged the government to pay closer heed to stemming corruption.

Others who have been hauled in by the police include former radio announcer Patrick Teoh, arrested in May for allegedly insulting a member of Malaysian royalty, and lawyer-activist Siti Kasim, for a post she made criticising the management of Islamic religious schools.

In a statement on Wednesday evening, the police said opposition MP Yeoh's tweet appeared to have elements of sedition and could result in disharmony. Meanwhile, Siti's post, about which 113 police reports were made nationwide, was deemed to bear the intention of disturbing the peace.

The laws currently being used against activists were described as "inherently problematic" by top human rights lawyer Malik Imtiaz Sarwar, who suggested the nation was seeing a prosecutorial policy shift in their application.

"It's reasonable to say that the attorney general has some discretion to indicate his prosecutorial policy. It may be that a particular attorney general does not think speech should be criminalised except in the most serious of instances," Imtiaz said.

"The previous attorney general took a stance that he was not in favour of prosecuting for sedition. As long as that stance was applied objectively and uniformly, there was nothing wrong with that."

He added that the current attorney general might decide to apply all laws, "including those seen by some as problematic".

The laws currently being used against dissent, however, did not "adhere to constitutional guarantees of due process and proportionality", Imtiaz said, and they undermined freedom of expression and impacted the democratic process.

"This is not the fault of those who apply the law, the law itself is the problem," he said. 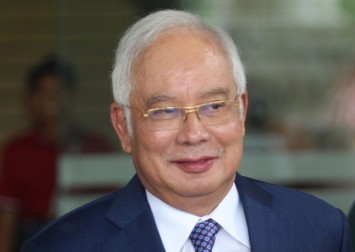 The moves by the government, political scientist James Chin said, signified that Perikatan Nasional was "trying to drag the entire country back to before, as if the two years of Pakatan Harapan rule never existed".

Going after well-known anti-establishment figures served as "a warning shot", he said. That sentiment was echoed by Firdaus Husni, chief strategist of the Malaysian Centre for Constitutionalism and Human Rights.

"The new Malaysian government's crackdown on free speech is entering the realm of the absurd," he said. "Instead of issuing Covid-19 face masks, it looks like Prime Minister Muhyiddin and his ministers want to issue permanently adhesive masking tape to shut the mouths of anyone who dares criticise the government.

"The government is rapidly descending to the levels of the worst days of the previous Najib government, when anyone who dared say anything about 1MDB was immediately hit with criminal charges."

While top officials have not weighed in on the latest investigations, home minister Hamzah in May said some 262 investigations had been opened since the start of the year into online comments that were deemed seditious.

He said his ministry would not "compromise with anyone who deliberately tries to trigger provocations or threaten public safety and security".