Malaysia’s Prime Minister Ismail Sabri Yaakob was given the strongest indication yet of what is expected of him by members of his Barisan Nasional (BN) coalition on Wednesday, as the top leadership and delegates made their mandate clear – call for snap elections “soon”.

At a national convention to celebrate the former ruling coalition’s 48th anniversary of its founding, BN Chairman Ahmad Zahid Hamidi spurred hundreds of delegates to rise to their feet when he asked whether they wanted “to have national elections this year” and have them “soon”.

“PM, we trust you. Do it as soon as possible. PM, we are ready to face PRU15!” Ahmad Zahid said in his closing speech at the convention to loud cheers from delegates, using the Malay phrase for the 15th general election.

This was the latest, and arguably the strongest, push for Ismail Sabri to call for national polls, something he has had to regularly grapple with since taking over the premiership in August last year.

He holds the unenviable position of being the country’s first prime minister who is not the head of a political party. That means he is vulnerable despite his broad powers as the nation’s chief executive, as his political legitimacy remains at the mercy of his party’s leadership.

Earlier, when addressing the convention, the prime minister acknowledged the calls to hold snap polls and promised to consult the top leadership of BN linchpin party Umno, where he is a vice-president, and also that of the coalition, to work out the best time for a general election.

But he stopped short of giving an indication of when elections can be expected, in line with his earlier position that the country is not ready to go to vote amid spiking inflation and the ongoing recovery from the twin economic and health fallout caused by the pandemic in the last two years.

“It’s the PM’s prerogative. It is entirely up to him to seek royal assent to dissolve the parliament,” said Adib Zalkapli, Malaysia director at political risk consultancy BowerGroupAsia.

“Having said that, the PM is a party man and he will not defy Umno’s decision, while Umno has a tradition of protecting the dignity of their senior leaders, more so the PM.”

The mood at the one-day BN convention was a throwback to the days when the coalition was in power, before their six decades of uninterrupted rule came to a spectacular end in the 2018 national polls.

Leaders from the erstwhile government then spent 22 months in the wilderness, with key figures such as former prime minister Najib Razak and Ahmad Zahid, who is currently Umno president, slapped with multiple charges of corruption and abuse of power.

Ahmad Zahid has pleaded not guilty in an ongoing trial to dozens of charges of alleged corruption involving the movement of millions of ringgit through a non-profit organisation he founded.

In Najib’s case, he was convicted on seven counts of corruption and abuse of power at a former subsidiary of 1Malaysia Development Berhad (1MDB) , the sovereign fund at the centre of multiple corruption investigations across the world, involving billions of dollars. He has denied all wrongdoing and is currently out on bail, appealing his conviction.

The tide began to change in 2020, when the Pakatan Harapan government collapsed and Prime Minister Dr Mahathir Mohamad was replaced by former ally Muhyiddin Yassin in a political coup that involved senior members of the government joining hands with Umno and Islamist party Pas, to establish a new administration spearheaded by leaders from the majority Malay-Muslim community.

This paved the way for a resurgence for Umno, and by extension BN. From the get-go, Umno piled the pressure on the new administration to call for snap elections, stressing that its narrow parliamentary majority due to the spate of defections made its rule untenable.

Muhyiddin eventually resigned, and Ismail Sabri was named his replacement.

BN’s renewed confidence also comes off the back of a series of successful electoral outings over the past two years, especially with their candidates securing a two-thirds majority at two state elections in recent months. 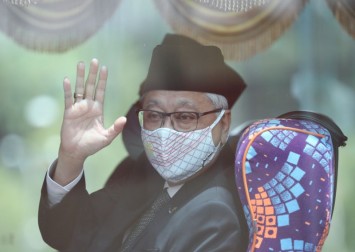 “A supermajority is within reach for BN. They have shown that it is possible to win two-thirds majority in Melaka and Johor on the back of divided opposition and low voter turnout,” said Adib, referring to the two most recent state polls.

Despite the sustained pressure from his own party’s leadership, the prime minister may yet have some wiggle room to hold off from dissolving parliament ahead of its current five-year term ending in mid-July next year, provided he can get the opposition on his side, according to Nottingham University Malaysia’s Bridget Welsh.

Welsh said Ismail Sabri has been “finding reasons to delay” calling for polls, and one key factor is whether he can secure bipartisan support for his administration’s second national budget that should be tabled sometime in October.

The prime minister managed to secure opposition backing for his 2022 budget last year after signing a confidence and supply agreement which expires at the end of July.

“It depends on the opposition. Umno may use this as an opportunity to push for polls,” said Welsh.

Ismail Sabri also has some allies in his party who are against early polls. Among them is Nazri Aziz, a former minister under Najib’s administration, who accused politicians pushing for snap elections of being selfish, according to a report by local online news portal Malaysiakini.

But even if the prime minister fails to secure sufficient bipartisan support, he is likely to have some breathing room before eventually having to announce a firm date, due to Umno and BN’s penchant for keeping up with appearances, Adib said.

“So in the next few months we are likely to see the PM and the senior party leadership reaching a consensus on the timing of the general election. There will be a public display of unity – to put it colloquially, nobody will lose face,” he said.