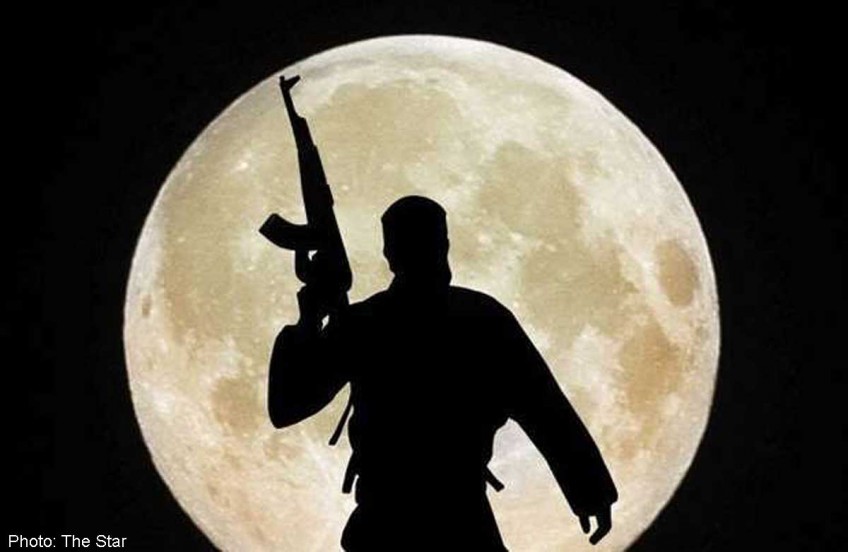 KUALA LUMPUR - The public has been warned against openly discussing in a negative manner issues on Islam and hudud as it could provoke retaliation from the Islamic State (IS) militants.

Issuing the warning yesterday, Inspector-General of Police Tan Sri Khalid Abu Bakar said the country was already facing a threat of attack by the militants and the police were doing all they could to minimise the danger.

"We know what the group is capable of and its objectives.

"The reason why the public is advised not to simply comment on these sensitive issues is because by doing so, you may be inviting a reaction from them and that is exactly what we're worried about right now," he told a press conference at the Royal Malaysia Police College in Cheras near here yesterday.

Khalid added that police intelligence have revealed that the group was planning an attack here.

"By openly discussing sensitive issues like Islam and hudud, there may be a retaliation if we are not careful.

"We are deploying a lot of our resources to monitor any development on this issue and we are doing everything we can to ensure public order," he said.

Khalid said the possible attacks could be carried out by Malaysians who had been "brainwashed" and "poisoned" by the terror group.

Earlier, a meeting among police chiefs was held to discuss ways to improve the safety of the country and the people.

"Among the things discussed were public order, our challenges in carrying out our duty, public perception, combatting fear of crime and the integrity of our men.

"There is a lot to be done, but we are always ready to serve the people," he said.