Malaysia's political ceasefire shows early signs of promise. How long will it last?

Hopes are high that Prime Minister Ismail Sabri Yaakob may be able to avoid the turbulence of his predecessor.

The unprecedented cooperation pact between Malaysian Prime Minister Ismail Sabri Yaakob’s government and the main opposition bloc is barely a week old, but analysts say there is good reason to be upbeat as the agreement shows early signs of promise.

Nonetheless, whether Monday’s (Sept 20) signing of the so-called “Political Transformation and Stability” pact heralds an end to the country’s rollercoaster-style politics will depend on the actions of both sides beyond their initial peace gestures, according to the observers.

Billed as a sort of political ceasefire agreement, the pact stipulates that the 88-MP Pakatan Harapan bloc will not actively seek to trigger fresh polls before July next year, and will offer in-principle support for key measures such as the upcoming 2022 budget.

In exchange, Ismail Sabri has promised a slew of policy changes such as a prime ministerial term limit and a restructuring of parliament – moves that are central to the reform-minded Pakatan Harapan’s policy platform.

While the agreement is not a binding confidence and supply agreement, it is likely to give Ismail Sabri – the country’s third prime minister in three years – some breathing room to steer the country out of a Covid-19 crisis that has claimed over 20,000 lives and battered the economy.

The government, backed by 114 MPs, has moved quickly to underscore that this bipartisanship is not just empty talk.

A day after the pact’s signing, the administration announced a zero-interest loan moratorium for the country’s bottom half of earners.

Pakatan Harapan for months lobbied for such a measure, but the ruling administration led by Ismail Sabri’s predecessor Muhyiddin Yassin had held out, saying initially that the country could not afford such debt relief.

Also buttressing the spirit of bipartisanship was the government’s indication that it was mulling a constitutional amendment to allow for an additional deputy parliamentary speaker – specifically from the opposition bloc – to make proceedings fairer.

Lim Guan Eng, the leader of the Democratic Action Party – a Pakatan Harapan constituent – later told the legislature these moves showed that the agreement was already reaping results.

Nonetheless, the agreement did not mean that the Ismail Sabri government would be given a free pass by Pakatan Harapan, he emphasised.

“When we signed the agreement it was [perceived] that we had given them a free pass,” Lim told lawmakers on Tuesday. “No, no, no! We still play our role of check and balance as the opposition,” he said.

Ismail Sabri meanwhile said the agreement would “not only help cast aside all political differences but also ensure the country’s recovery is holistic and inclusive”.

Observers such as the University of Malaya sociopolitical analyst Awang Azman Awang Pawi said the actions of both sides in the coming months would offer a clearer picture of whether they were sincere about this new spirit of bipartisan cooperation.

“For example, after the 2022 budget bill is passed [in November], perhaps the government camp would no longer feel that their position is precarious and would feel that it is inconsequential to take actions that go against the agreement,” he said. On the flipside, Pakatan Harapan – led by the veteran politician Anwar Ibrahim – may also undergo such a change of heart.

He noted, however, that it was likely that the side that breached the 23-point commitment would face a fierce public backlash and “be punished” in the next general election.

That royal directive followed the weeks-long political crisis in August precipitated by a collapse in legislative support for Muhyiddin.

Some members of the powerful United Malays National Organisation (Umno), the country’s longest-ruling party, at the time pulled support for him after indicating they no longer had confidence in his leadership.

Sultan Abdullah – who has prerogative constitutional powers to pick a new prime minister in the event of a midterm resignation – then chose Ismail Sabri, an Umno stalwart. 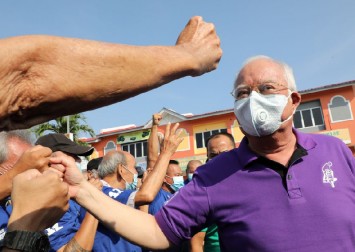 While the agreement was in line with the royal directive, Pakatan Harapan insiders said that it did not mean that the bloc was not paying heed to supporters who were aggrieved by the current state of affairs.

After all, it was Pakatan Harapan that won the 2018 polls, triumphing over Umno which at the time had been in power for 61 uninterrupted years.

The multiracialist Pakatan Harapan’s stint in power was cut short after Muhyiddin, a key player within the bloc, staged a self-coup and formed a new government with the help of Umno and other predominantly Malay Muslim MPs.

“In Malaysia , the losers are now leading the government even though they were not chosen by the people through legitimate means,” said Salahuddin Ayub, president of Pakatan Harapan constituent party Amanah.

With this in mind, his bloc entered into the cooperation pact with Ismail Sabri to “prioritise the country’s future instead of the political goals of Pakatan Harapan,” he said.

Oh Ei Sun, a long-time Malaysian politics observer, said that with no clear avenue of coming back to power, the agreement was the best bet for the opposition to squeeze as much as they could from the government and get credited for it.

“In Hokkien we say, ‘If there is no fish, prawn would do’. If you cannot get what you want, getting some consolation is good enough,” he said.

Political scientist Wong Chin Huat said the document had the potential to serve as a key pillar of the next lap of Malaysian politics.

Amid a splintering of the political ground, it was likely that post-election coalitions, rather than preformed alliances, would become the norm.

In such a scenario, rival parties will have little choice but to “coexist together and compete professionally,” Wong said.

“If this agreement works and multi-partisanship gets internalised, we don’t have to worry about more party-hopping, coalition-hopping, and frequent changes of prime ministers after the next general election,” he said.

Appearing to understand this new normal is Umno, the party widely seen as the country’s natural party of government.

Ismail Sabri’s appointment has meant the party is now once again back in the saddle of power, after the interregnum triggered by its shock 2018 defeat.

The election result was partly due to widespread discontent with the prime minister at the time, Najib Razak, over his involvement in the multibillion-dollar 1MDB financial scandal. 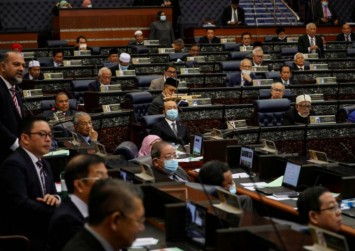 In its brief stint in the political doghouse, Umno pledged never to back Anwar or the Chinese-centric DAP, whose origins are linked to neighbouring Singapore’s ruling People’s Action Party (PAP).

The divide between the DAP and Umno – an ardent proponent of Malay ethnonationalism – stretches back decades, and both in the past blamed each other for the country’s bloody racial riots of 1969.

Now however, “Umno knows that today’s political pattern requires cooperation with other parties and we cannot forever demonise everyone,” said the party’s information chief Shahril Hamdan.

On the opposition side too there is some cognisance of this new landscape.

Speaking in a public forum on the deal, Wong Chen – a key ally of Anwar and a strident Umno critic – said the Covid-19 crisis presented an opportunity for cooperation between the rival camps.

“The world is becoming more challenging. If we can work together in this Covid environment, it will make the country more united to face the challenges to come,” Wong said.