Malaysia’s biggest opposition faction has urged rival groups opposing Prime Minister Muhyiddin Yassin to back Anwar Ibrahim as the country’s next leader instead of allowing the embattled ruling alliance to trigger fresh elections.

The latest call by Pakatan Harapan for anti-Muhyiddin lawmakers to back 74-year-old Anwar – the three-party bloc’s leader – comes amid reports that the prime minister plans to call for a dissolution of parliament if he is defeated in an upcoming vote of no confidence.

The country is currently in the throes of a Covid-19 outbreak that is on a worse trajectory than India’s devastating surge in May.

Much of the government’s attention this week, however, has been on clinging to power after recent defections from its ally, the powerful United Malays National Organisation (Umno).

The crossovers – and pressure from the country’s constitutional monarch – have compelled Muhyiddin to at long last allow a parliamentary no-confidence vote against him on September 7, after blocking such a move for months.

In a statement on Friday, Pakatan Harapan invited lawmakers rejecting Muhyiddin “to come together in supporting Anwar Ibrahim as the prime ministerial candidate to allow him to prove he can form a new majority in parliament”.

“It is very important that all sides are united in forming a new people-centred government that is able to correct the failures of the Perikatan Nasional coalition ahead of the no-confidence vote,” the statement said, adding that Pakatan Harapan opposed fresh polls during the pandemic. 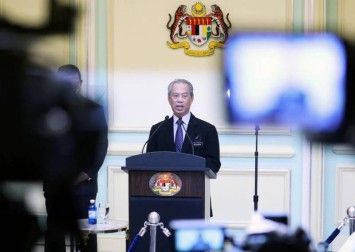 An agreement struck before the defeat of Muhyiddin in the no-confidence motion would ensure that only a coalition that agreed “with the principles of ... institutional reform, good governance and an independent judiciary” took power, the statement said.

Pakatan Harapan on its own has 88 MPs, and requires the backing of other anti-Muhyiddin groups to obtain a simple majority of 111 MPs among the 220 lawmakers.

Achieving this is not straightforward as the anti-Muhyiddin camp is not uniformly behind political veteran Anwar, an ex-deputy prime minister jailed twice over sodomy and corruption charges that rights groups have said are politically motivated. This means that even though Muhyiddin may be defeated in the no-confidence vote, there is currently no alternative candidate who commands majority legislative support.

To anoint Anwar, Pakatan Harapan, which gained power in a 2018 election before being swept aside in a political coup last year, needs the support of political parties such as Pejuang – led by Anwar’s on-off rival Mahathir Mohamad – and the Parti Warisan Sabah.

Also crucial is the backing of at least some MPs from Umno, the country’s dominant political force which on paper is part of Muhyiddin’s ruling alliance. But the Malay-only party is currently beset by a civil war.

Among the Umno MPs opposed to Muhyiddin are the corruption-tainted ex-prime minister Najib Razak and his former no. 2, Ahmad Zahid Hamidi. 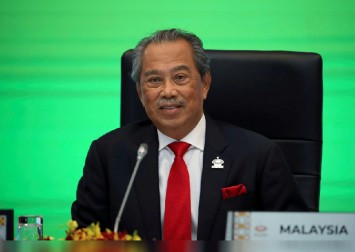 Pakatan Harapan’s outreach on Friday follows a chaotic chain of developments in the week.

On Wednesday, speculation was rife that Muhyiddin would bring forward the no-confidence vote to next week after being asked to do so by the king, Sultan Abdullah Sultan Ahmad Shah, during their routine weekly meeting.

But following those talks in the National Palace, Muhyiddin held hours-long discussions with his closest allies and reportedly decided to stick it out until September 7, when the floor test is scheduled to take place.

On Friday The Star newspaper reported that Muhyiddin had told allies to be ready for snap polls if he was defeated in the floor test.

“Muhyiddin was in high spirits and in fighting mode as he said that he had no choice but to get the confidence in the Dewan Rakyat [parliament] or the people would have to face a general election during the pandemic,” The Star quoted a source as saying.

“There was some discussion on a possible election should the vote of confidence fail, but the PM is quite convinced that he, for now, is the MP who holds the most confidence votes from MPs in the Dewan Rakyat,” the source said. 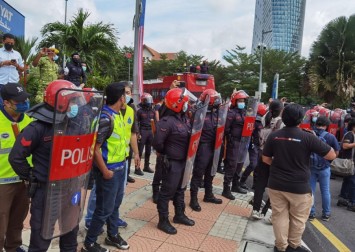 On Friday, a group claiming to back Najib submitted a petition to Sultan Abdullah to pardon the ex-prime minister for his past conviction – he is appealing a 12-year jail sentence handed down last year – and ongoing criminal cases linking him to the 1MDB trial.

The group said it hoped the pardon would pave the way for the 68-year-old politician to assume power on an interim basis during the pandemic.

Commentators say the public is seething over the politicking amid a coronavirus situation that is showing few signs of improving despite multiple lockdowns.

Our World in Data figures show Malaysia’s average daily deaths per million people stood at 7.61 on Aug 8, higher than India’s second wave peak of 3.04 recorded on May 23.