Snap polls have been called in Malaysia's Sabah state after weeks of political machinations resulted in a slew of elected representatives saying they would switch parties.

Without elections the state government, which had been controlled by the Pakatan Harapan coalition, would have fallen to the federal government's Perikatan Nasional alliance as a result of the manoeuvres - making it the fifth state to do so since February.

Sabah's chief minister, Shafie Apdal, told reporters on Thursday that the state's governor had consented to dissolving the legislative assembly, and elections would have to be held within 60 days.

"We will let the people of Sabah decide," he said, adding that while others "went here and went there" to engage in horse-trading, the state assembly had been dissolved.

Shafie will remain caretaker chief minister until the results of the election are determined.

The furore in Sabah, a resource-rich state, began when its former chief minister Musa Aman said that he had secured enough of the state's 65 assemblymen to form a new government by party-hopping.

The state government had until now been led been led by the Sabah Heritage Party (Warisan), a Pakatan Harapan affiliate of which Shafie is president. 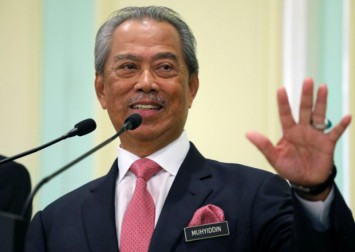 Following 2018's landmark polls that turfed out Musa's United Malays National Organisation (Umno) after six decades of rule, he clashed with Shafie by refusing to step down and make way for him as Sabah's chief minister.

Musa also battled and was acquitted of 46 charges of corruption and money-laundering in June.

James Chin, a political scientist at Tasmania University's Asia Institute, described the decision to head to the polls as "the correct call made by the governor".

"It's too early to assess Pakatan Harapan's chances, Sabah politics is all about personalities, so now with a new election some who have jumped into Musa Aman's camp may jump back.

"It's perfectly normal in Sabah," said Chin, adding that some of the current defectors had already previously defected from Musa Aman's camp to Warisan in 2018.

"We can fully expect co-operation between Warisan and the Pakatan Harapan coalition, as they cannot afford to lose Sabah."

Separately on Thursday, Musa's party Umno announced it would be leaving the Perikatan Nasional coalition after months of shaky alliance and focus instead on Muafakat Nasional, a team-up between Umno and the conservative Islamic party PAS.

Although the two parties have a long history of bitter rivalry, they became allies following the results of the 2018 polls. 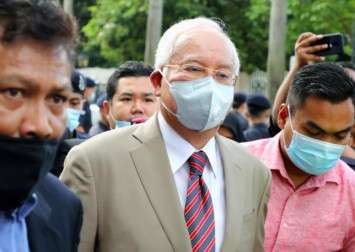 In a statement, party leader Zahid Hamidi - who is also facing multiple counts of corruption and abuse of power in court - said that Umno would continue supporting Perikatan Nasional's federal and state governments.

He also said that Prime Minister Muhyiddin Yassin, who leads the Perikatan Nasional coalition with his nationalist Parti Pribumi Bersatu Malaysia (PPBM), had asked to be part of Muafakat Nasional and that his request would be considered.

Meanwhile, a long-standing territorial dispute over Sabah was revived this week when the Philippines' top diplomat sparked a row on Twitter by asserting ownership over the Malaysian state.

Philippine Foreign Secretary Teodoro Locsin Jnr, responding to a US embassy post about the state, said "Sabah is not in Malaysia", prompting both sides to summon the others' ambassadors.

Claims over Sabah have been a point of contention between Malaysia and the Philippines for decades - dating back to an agreement signed in 1878 by the Muslim Sultanate of Sulu, which handed the territory over to British colonialists.