PETALING JAYA - Malaysian opposition party Umno has dropped several proposed amendments to its constitution that could cause a split in the party.

"Alhamdulillah (Thank God), my objection was accepted without having to forward it to the supreme council for further debate," he said.

He said the proposed amendments included automatically revoking membership of those who had been proven guilty of corruption and criminal offence.

He said another proposed amendment to refer those implicated in corruption cases to the party disciplinary committee was also scrapped.

"We do not want amendments that could lead to a major split in the party," he said. 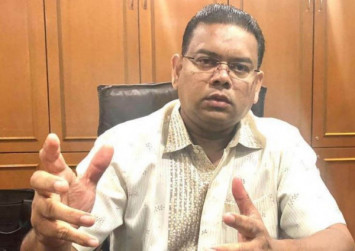 There had been reports last month that Umno was planning to amend its constitution in a bid to oust leaders who are facing court charges.

The move to make the changes had raised speculation that the party now led by Datuk Seri Mohamad wanted to oust president Ahmad Zahid Hamidi, who is on leave from his position, and to block tainted former president Najib Razak from again taking up a top post.

Both Zahid and Najib are facing multiple court charges, including over abuse of power, money laundering and corruption.

The party's vice-president Khaled Nordin later denied the reports, calling them an outright lie while Datuk Seri Mohamad Hasan said the move was not aimed at pushing anyone out.