PETALING JAYA - Wedding industry players are appealing to the government to consider their predicament when drafting laws related to Covid-19, especially in addressing issues such as refunds.

Association of Wedding Industry Malaysia (Awim) – a new association set up to help stakeholders overcome their problems, especially during the Covid-19 crisis – hoped the government would consider their financial distress after almost three months of closure due to the movement control order (MCO).

Elle said the industry was estimated to be worth RM10 billion (S$3.3 billion) a year, and involved those working in various fields such as hotel workers, decorators, florists, makeup artists, and logistics and security workers.

“The wedding industry has more than 100,000 players and almost half have lost their jobs and income.

“The issue of customers demanding refunds after requesting to cancel events is one of the major problems that our players face.

“There will be a domino effect on other industries such as food and hotels if the wedding industry does not quickly recover because of the industry’s large supply chain,” she said.

On May 28, Awim started an online petition to urge the government to allow wedding service operators to resume operations by permitting weddings that follow SOP such as social distancing and limiting the number of guests.

The petition has over 4,300 signatures.

Awim’s promotion and event bureau chairman Ashraf Mansor said between 30 per cent and 35 per cent of its members had to shut down their business as they had lost their source of income.

“We could not generate any income from the business as weddings were prohibited, so some of us ventured into other businesses, such as selling food and beverages,” he said.

Ashraf said customers who panicked over the new wedding SOP which allowed only 20 people during the ceremony were demanding refunds. 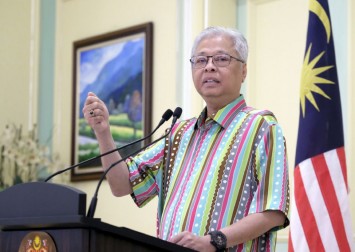 “This adds on to our struggle as the deposits have already been paid to wedding halls, caterers and other services,” he said.

The wedding service operator said he had suggested to customers to either postpone their event or convert their ceremonies to two smaller and more personalised ones.

“In some cases, we’ll return half of the deposit. If they insist on a full refund, we are forced to do so even though we have to bear the losses,” he said.

Wedding planner Masrul Afzal Mohd Nasir concurred that the biggest problem the industry faced during the MCO was when existing clients request to cancel their event and demand for a refund.

“We have asked our customers to expect the refund a year after their booking date and that it will be paid in instalments.”

Masrul said he was thankful that all of his customers agreed with the condition as it was a win-win situation for both parties.

“We can no longer offer wedding packages of 1,000 attendees and we have come up with post-MCO wedding packages, which are tailored for 100 people starting October,” he said.

Masrul added that most wedding planners had to downsize their packages and were ready to follow the SOP set out by MKN in order to resume business.