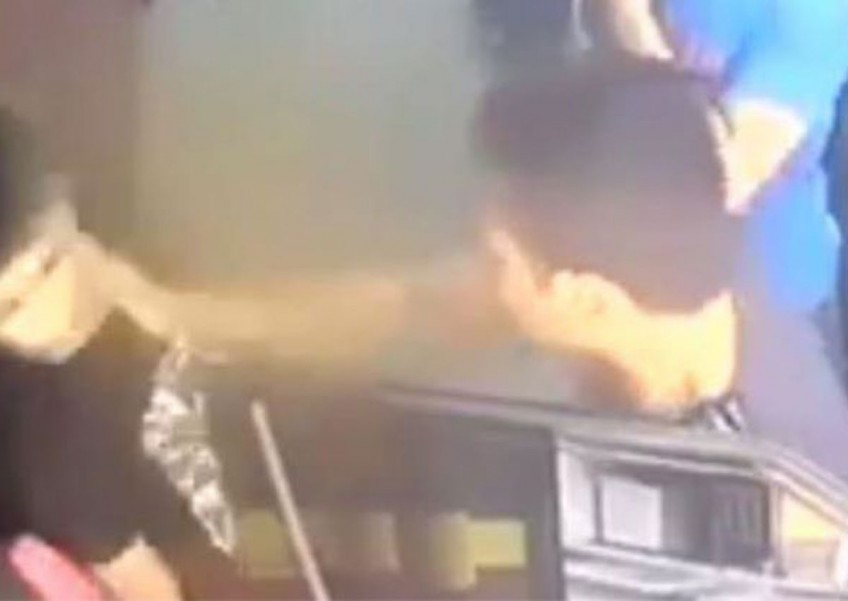 PETALING JAYA - The man who allegedly hit a foreign worker in the face and broke his nose for messing up his car during a car wash has been arrested by police.

The man, in his 30s, was arrested in Kampung Baru Subang here at about 10pm on Sunday.

He is on remand for a day and is being investigated for voluntarily causing grievous hurt, Selangor police chief Comm Datuk Abdul Samah Mat said after presenting excellent service certificates to 96 personnel.

On Saturday, The Star reported that CCTV footage of a man scolding and slapping the foreign worker had gone viral.

According to car wash owner Atie Abdul Hamid, who uploaded the video, the man had accused the worker of dirtying his car.

She alleged that instead of paying for the car wash, the man asked for RM1,000 (S$330) in compensation.

Atie also claimed that the worker was slapped a second time at another location, causing the worker to "bleed non-stop".

After visiting a clinic, the worker was referred to a hospital where doctors confirmed that he had suffered a broken nose.

[[nid:230837]]
SUBSCRIBE TO OUR NEWSLETTER
Your daily good stuff - AsiaOne stories delivered straight to your inbox