Man places cat into washing machine - but relax, it's all a prank

If you see someone putting a cat into the washing machine at your neighborhood laundromat, what would you do?

This was the conundrum plaguing several Malaysians who inadvertently found themselves in that exact situation, based on a Facebook video posted on June 13.

Fortunately, the aforementioned scenario was simply a prank carried out by the individuals behind Malaysian-based site MAXMAN.TV, who call themselves "digital media marketing experts" specialising in "daring public stunts, social experiments and outrageous pranks".

The video sees Malaysian actor Alvin Chong as the "host" of the prank, set at an unnamed laundromat in Malaysia. An initial disclaimer flashes across the screen, assuring the audience that "no cats were harmed in this video".

Using hidden cameras, the team shows us how they set the prank up, secretly hiding a bluetooth speaker transmitting cat yowls into a washing machine.

The next scene reveals how the machine has been modified, with a square cut-out at the back allowing Chong to pass the feline discreetly to a waiting crew member crouching out of sight.

Chong then announces that "I'm going to put cats into the machine to demonstrate the gentleness of the washing machine and let's see how people react to it".

The video proceeds with him attracting the attention of several laundromat customers, each sequence showing him alone with one customer at a time.

He then opens the machine, passes the cat to the waiting crew member before closing the lid, while another MAXMAN.TV crew starts the distressed cat sounds, to the escalating horror of the on-looking laundromat customer.

They immediately start to question his sanity, or plead with him to let the cat out, to which he replies with a nonchalant attitude that the cat is fine and the washing machine has a "dual active roller, massaging her".

Appalled, one lady whacks him with her phone, berating him with vulgarities before storming out of the laundromat. Another calls over a male friend who exclaims that Chong is "crazy" before the both of them whip out their smartphones to record the incident.

To their relief, he then pulls out the unharmed animal and explains to them and all the other customers that it was all a prank. The end credits confirm that the stunt was promotional material for a Toshiba washing machine.

Since it was first posted, the video has amassed a staggering 1.2 million views, 15,000 reactions and over 13,000 shares with many commenters expressing mixed feelings.

Some clearly think the marketing tactic was purr-fect.

Others however felt differently - outraged that the prank promotes cruelty to animals for entertainment.

And some were concerned over other social issues.

Is this an ad in bad taste? After the whole hoo-ha over Watson Malaysia's Blackface ad, maybe advertisers in future should be more careful with the kind of content they choose to produce.

Read Also
Watsons Malaysia's 'blackface' ad is awful in so many ways, we don't know where to start 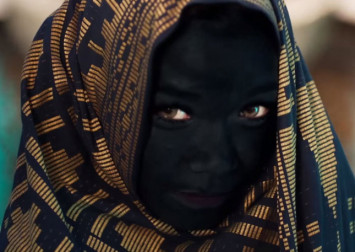