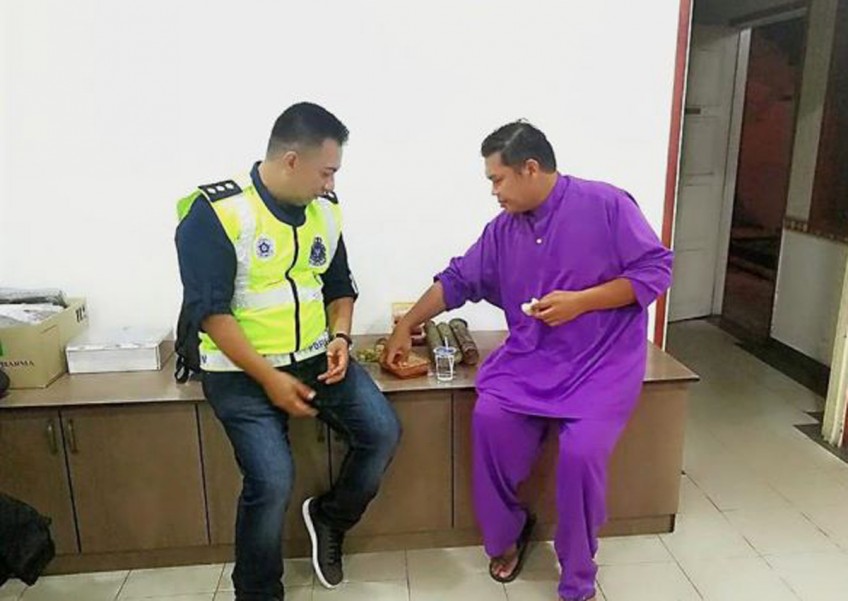 KUALA LUMPUR: While most people dread going to a police station just to lodge a report, a man who is down on his luck walked about 3.5km to seek shelter there on Hari Raya Aidilfitri.

Setapak station chief Asst Supt Wee Bee Seng offered 36-year-old Johan Iskandar Dean Salter a place to stay on Sunday night when he could not get a room at the homeless shelter near Hos­pital Kuala Lumpur as it was full.

"He told me he walked from there to the police station and asked to stay the night and would leave in the morning to look for a job.

"He also said he had not eaten so we gave him some food," ASP Wee added.

He was helping his staff to man the counter during the Raya holidays.

"We also gave him some money and put him up at a budget motel for the next three nights. Hopefully, it will lighten his burden and he finds a job," he said.

This is not the first act of kindness for ASP Wee this Hari Raya season.

He restructured his team to allow all his Muslim personnel to take off on the first two days of Raya so they could celebrate with their family members and friends.

The team was aided by Rela members and the Police Volunteer Reserve Corps.

"Even if some were not able to take extended leave to return to their hometown, at least they get to spend two days celebrating Raya," he said.

Although he may be the station chief, no job was too menial for ASP Wee, including handling police reports or complaints.

"It's been awhile since I've taken a report but it wasn't that hard," he said.

He also accompanied a patrol team from Rela to keep watch on crime in Setapak.

When met, the non-Muslim relief team at the police station said they supported ASP Wee's plans without hesi­tation as they understood how precious festive leave was for police men.