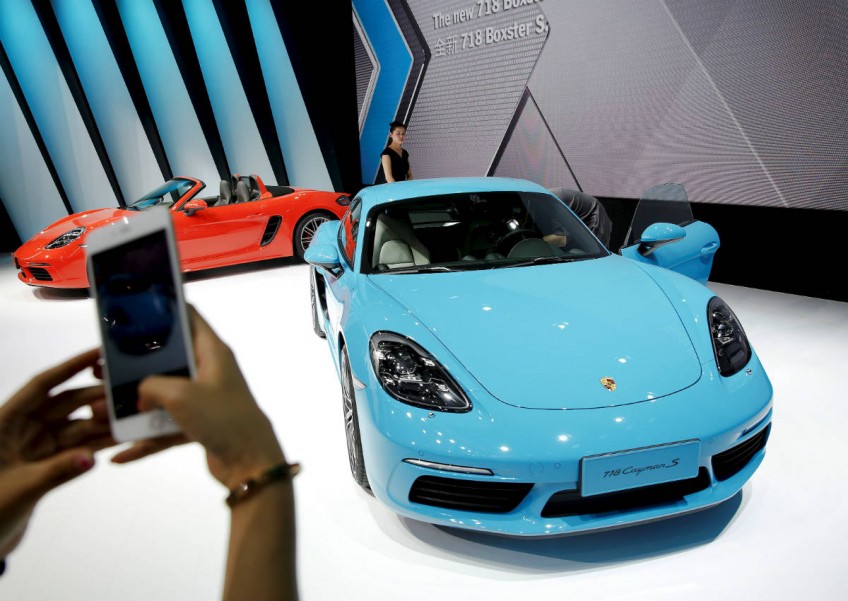 The logo of German company Porsche SE is pictured prior to the company's annual shareholder meeting at the Porsche Arena in Stuttgart, Germany, on June 29, 2016.
AFP

The man stole a Porsche from a woman in Chongzhou a day before the wedding and drove about 300km to Yibin for the ceremony.

His friend, who was surprised to see the man drive up in the car, decided to use the vehicle to fetch his bride during the ceremony.

However, to their shock, the police were waiting for them at the bride's house.

Questioned by the police, the man said he had wanted his friend's wedding to look grander with the Porsche.