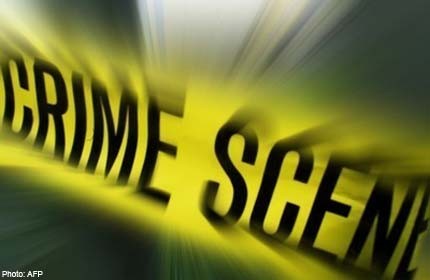 PETALING JAYA - A 31-year-old woman is likely to go blind after she was attacked by acid splashers at a traffic light junction in Ampang Point, Kuala Lumpur.

Ampang Jaya OCPD Asst Comm Amiruddin Jamaluddin said that the manager was on her way home when she was approached by two men on a motorcycle at around 1.30am yesterday.

"She was reportedly splashed in the face with acid by the suspects who then took off".

"The victim has been sent to the Kuala Lumpur Hospital where she remains in critical condition," he said.

He added that no acid containers or equipment have been found at the scene.

ACP Amiruddin said that the woman had suffered 10 per cent burns on her face, in addition to the damage to her eyes.

Initial investigations revealed that the woman did not have a boyfriend nor any sour relationships with associates and acquaintances.

ACP Amiruddin said that police had obtained CCTV footage of the incident.

They are investigating the case under Section 324 of the Penal Code.