PETALING JAYA - A Malaysian Airlines (MAS) flight was forced to return to London's Heathrow Airport on Thursday (Sep 13) night because of a technical issue.

Flight MH1 which was bound for Kuala Lumpur had left London at 9.58pm (London time) but made a swift turnback after taking off.

The plane had circled the English channel to dump fuel, a procedure to reduce the weight of the plane before an emergency landing.

According to MAS, the plane landed safely back in London at 11.17pm and was "being inspected for rectification". 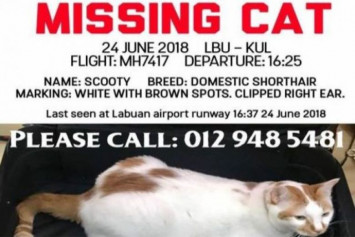 In a statement on Friday (Sept 14), MAS said that due to the extended ground time required for rectification, passengers affected will be transferred on flight MH3 on Friday and on other available carriers.

It added that hotel accommodation, meals and transportation have been organised for all passengers affected.

"The airline has also arranged flight rebookings for those with onward connections in Kuala Lumpur," added MAS.

"Passengers affected will also be kept informed of the new flight arrangements made for them.

"Safety is of the utmost importance to Malaysia Airlines and we deeply regret the inconvenience to our passengers and this unexpected disruption to their travel plans," said MAS.