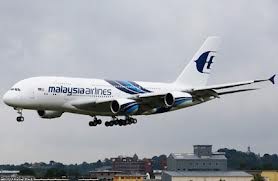 PETALING JAYA - Malaysia Airlines (MAS) is on track to become profitable by end-2014, as its turnaround plan gains traction and receives the backing of its unions, according to group chief executive officer (CEO) Ahmad Jauhari Yahya.

"It is gaining momentum and going in the right direction. We are generating positive cashflow now. We want to build sustainable profits, hopefully, by the end of 2014. There is still a lot to do," he said at an update briefing on its business plan introduced in late-2011.

He said it now had a cash balance of RM5.5bil, following a series of corporate exercises and net gearing ratio being reduced to 1.3 times.

Ahmad Jauhari also disclosed that the carrier's unions were "fully behind its turnaround plan", confirming a StarBiz report on Wednesday. StarBiz had reported that Ahmad Jauhari had finally secured the buy-in of its powerful unions in his efforts to turn around the carrier.

MAS has eight workers' and executive unions. At present, it has a workforce of 20,000. Seven union leaders, including from Sabah and Sarawak, were present at the briefing yesterday, with the exception of the Malaysia Airlines Employees Union (Maseu).

"We're in discussion with them (Maseu). We believe in solving problems internally. Like in any company, there are differences and we're in communication with them," Ahmad Jauhari revealed.

In the second quarter ended June 30, 2013, MAS registered an operating profit of RM8mil from an operating loss of RM102mil a year ago.

Recall that at end-2011, Ahmad Jauhari had said MAS was bleeding cash to the tune of some RM5mil per day and that its then-reserves would last no longer than four months. "We have to immediately put in place a plan to reset this airline," he had said.

The business plan, which is now at its half-way point, has shown some positive results. Nevertheless, there is criticism that its yields are decreasing.

"What is more important is achieving sustainable margins. As long as we manage to build revenue more than costs, making money is what it's all about," noted Ahmad Jauhari.

He said MAS' yields cannot be compared with its regional peers like Singapore Airlines, as the latter had more front-end loads.

Ahmad Jauhari said MAS' overall traffic had increased 30 per cent, with seat loads climbing to a record high of 80 per cent. June 2013 saw the highest seat load factor in a month in 10 years at 84.3 per cent, he said.

On its fleet-renewal programme, Ahmad Jauhari said MAS would announce its plan by year-end. The airline currently had 146 aircraft, of which 82 fly for MAS, 15 for MASWings and 20 for Firefly. He said the group would replace its B777s, which were the oldest in its fleet.

Asked on his expiring contract, Ahmad Jauhari - who was appointed CEO on Sept 19, 2011 - said it was private and confidential.

"I would be around to see the airline being profitable," he said when asked if he would still be helming MAS into profitability in 2014.

Meanwhile, CIMB Research has resumed its coverage on MAS after two years, with an "underperform" rating and a target price of 17 sen. The research house disclosed that during a conference call, MAS had reiterated that its goal was no longer yield maximising, as was the case under the previous CEOs, but revenue maximisation.

"This means that MAS should pursue growth even if each incremental unit of capacity attracts a lower and lower yield, as long as incremental dollar revenues exceed the associated variable costs.

"The goal is to earn as much operating profits as possible in order to help pay for fixed costs," CIMB Research said.

It noted that flying hours per plane had risen from 10 hours per day to 11.7 hours this year in a move to sweat its assets harder.

"After aggressively scaling back on its long-haul capacity last year, MAS' strategic objective in 2013 has been to increase the utilisation of its fleet and grow short-to-medium-haul capacity, even when it comes at the expense of yields."

CIMB Research expects MAS to continue registering losses for at least the next three years, with losses potentially widening even further in 2014 on the back of a weaker ringgit.