Massive congestion in Selangor as cops increase roadblocks ahead of Raya

HULU SELANGOR - Thousands of motorists are wading through massive traffic congestion in the state, following the increase in the number of roadblocks in Selangor to prevent unauthorised interstate travel.

The roadblocks are conducted at various main roads, including highways, state roads and other routes exiting Selangor.

"At 3pm on Thursday (May 21), thousands of vehicles were detected leaving Klang Valley and heading to various destinations throughout Selangor.

"However, most of the motorists have the required permission for interstate travel," he told reporters when met at the roadblock near the Tanjung Malim exit along the North-South Expressway on Thursday (May 21).

The number of vehicles told to turn back at roadblocks have gone down due to many realising that they would have to get past many roadblocks, with those lacking proper authorisation not being permitted through, he added.

"As of Wednesday, the ratio of vehicles told to turn back at roadblocks was one out of five vehicles.

"For example, a total of 50 vehicles were told to turn back at this roadblock (Tg Malim exit) between 9am and 3pm (Thursday)," DCP Arjunaidi said. 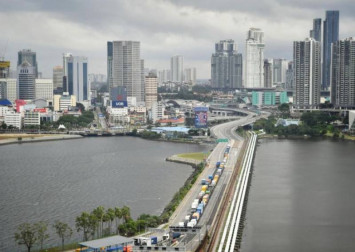 He also advised motorists to not waste time attempting to leave Selangor and travel to another state without permission.

"Every motorist leaving the state will be checked, and those with no authorisation (to travel) will be stopped and issued with a compound before being turned back," he added.

"Even if the motorists manage to sneak passed roadblocks in Selangor, it does not mean they will have the same luck at roadblocks in other states.

"Don't waste your time if you do not have authorisation to travel interstate," he said.

Roadblocks and checks by the Selangor police's compliance monitoring team will be conducted throughout the coming festive season.