KUALA LUMPUR - A total of 23 people, including women and teenagers, were detained following a raid on a drug-laden private party in Setapak.

Acting on a tip-off, Wangsa Maju police raided a condominium unit at Jalan Gombak in Setapak around 1.40am on Friday (April 17).

"We also seized five packets believed to be ketamine and eight Eramin 5 pills.

"Initial investigations revealed that those detained were close friends invited to the party via WhatsApp," he said when contacted on Monday (April 20).

"We are investigating the suspects for drug offences and for violating the movement control order (MCO).

"The suspects was remanded a day at the Jinjang central lockup.

Read Also
Coronavirus: Malaysian in car tries to flee cops, runs out of fuel and arrested with girlfriend 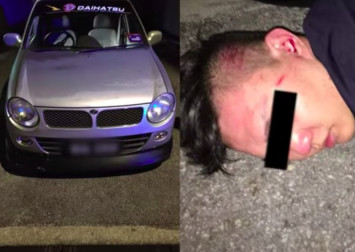 "We have since forwarded the investigation papers to the deputy public prosecutor for further action," he said.

Supt Rajab thanked members of the public for alerting police about the private party.

"We hope everyone complies with the MCO, as the ultimate goal is to break the chain of Covid-19 transmissions," he said.

He urged anyone with inquiries or information to call the KL police hotline at 03-21159999, or any nearest police station.