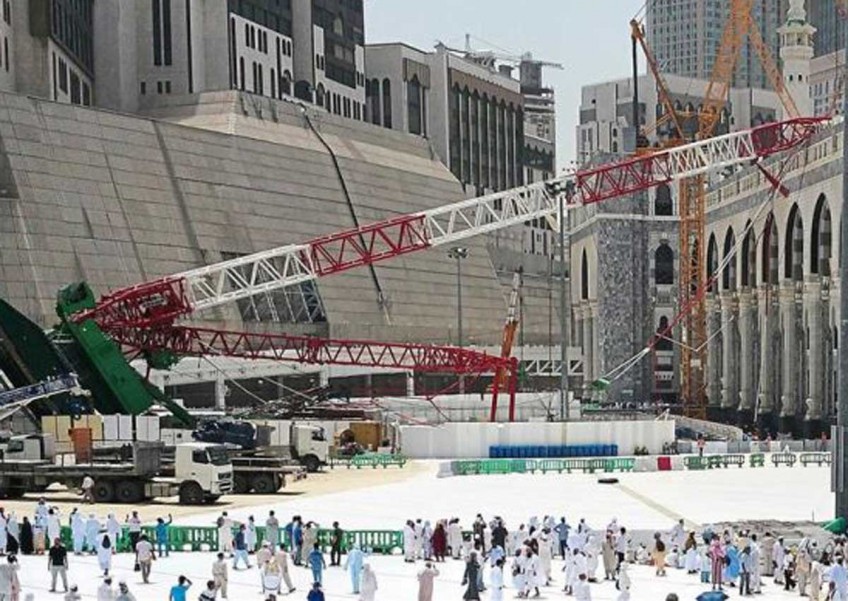 Muslim pilgrims walk past the crane that collapsed the day before at the Grand Mosque in Saudi Arabias holy Muslim city of Mecca.
AFP

PETALING JAYA - The bodies of two more Malaysian haj pilgrims reported missing after a crane collapsed at Mecca's Grand Mosque have been identified.

He said that at the moment, the priority was to hasten the return of the remains.

"Let us pray that their souls are placed among the righteous," he said in a statement on Monday.

This latest development brings the number of Malaysian fatalities to seven in the tragedy on Sep 11, when a crane toppled over the grand mosque in Mecca.

The crane was part of a massive renovation project that is currently underway to expand the grand mosque, allowing it to accommodate up to 2.2 million people at once.

The accident occurred less than two weeks before the annual hajj pilgrimage on Sept 21, where hundreds of thousand of Muslims will gather at Saudi Arabia's two holy cities, Mecca and Medina as part of atenent of Islam.