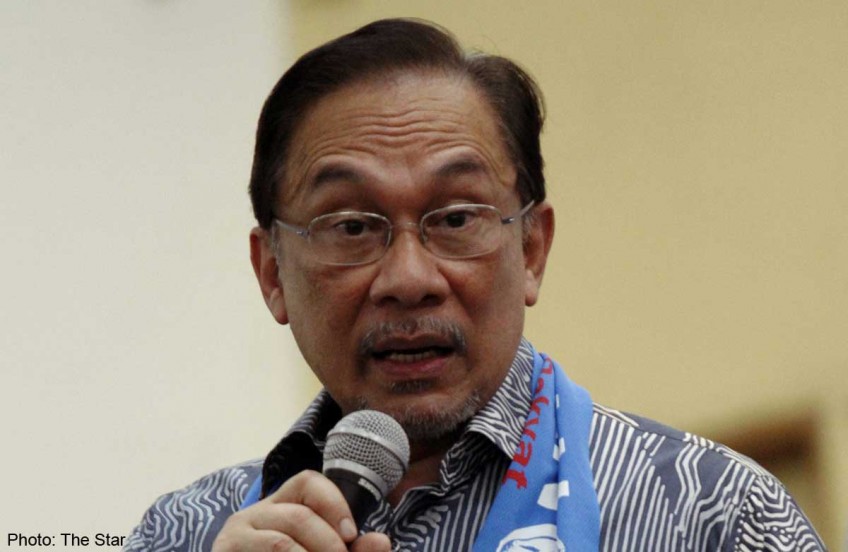 "We, in Pakatan, are totally committed to any resolution to condemn the mass murder committed by the perpetrators," he said in a statement yesterday.

Anwar, who is PKR adviser, said the Opposition also fully supported the demand that the culprits be brought to justice and that all necessary measures be taken to enable a swift and independent probe.

"This is indeed a time of grief and sadness for all Malaysians, as it is too for others.

"We urge all parties to refrain from making statements or re­­marks that are insensitive to the feelings of the families and loved ones of the innocent victims," he said.

On Friday, Najib said an emergency Dewan Rakyat sitting would be held on Wednesday to state Malaysia's stand on the incident and to condemn the inhumane act.

Other Pakatan Members of Parliament have also voiced their support for the emergency sitting with DAP advisor Lim Kit Siang tweeting that the special sitting was most appropriate.

Penang Chief Minister and and DAP secretary-general Lim Guan Eng said on Twitter that the emergency sitting will be fully supported by DAP MPs.

"Hope Gaza can also be discussed," he added.

At a press conference yesterday in George Town, Lim reiterated that they would give full backing in voicing Malaysia's stand on the national tragedy.

Lim said it was important for the country to stand together on this.

The Bagan MP also supported Najib's call for Malaysia's team of investigators to be given access to the crash site along with its international counterparts.