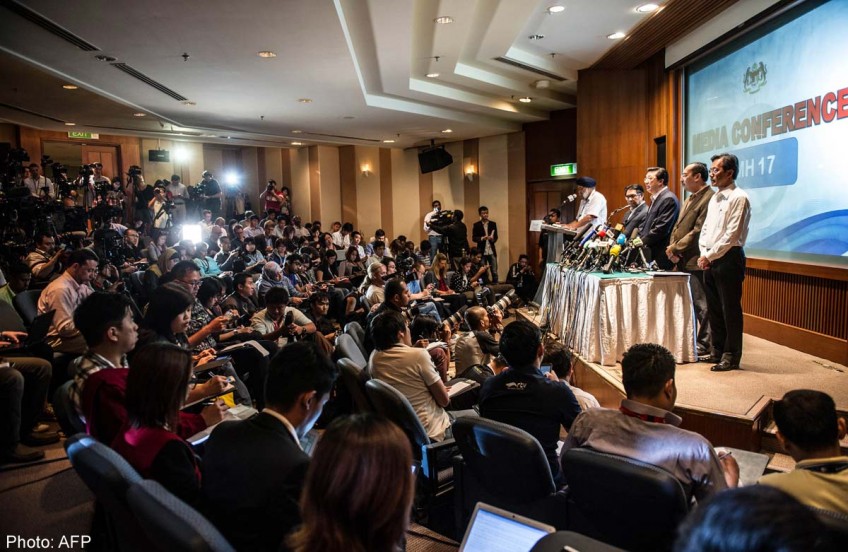 Malaysia's Transport Minister Liow Tiong Lai addresses the media at a hotel near the Kuala Lumpur International Airport in Sepang on July 19, 2014.

PETALING JAYA: Malaysia Airlines (MAS) does not believe it made a mistake in continuing with the usual flight path over Ukraine because it had been deemed safe by the International Civil Aviation Authority (ICAO), said the airline's director of operations Capt Izham Ismail at a press conference, Saturday.

He said that the ICAO is the highest body in terms of aviation safety, and that it had deemed the flight path MH17 took safe for travel.

"ICAO are responsible to come up with the notice to airmen to warn the industry of any conflict and dangers," he said.

When asked about other airlines avoiding the airspace above Ukraine, Capt Izham said that those were decisions made by the individual airlines based on their own individual analysis.

MH17 disappeared from radar screens in eastern Ukraine at around 1415 GMT on Thursday, hours after taking off from Amsterdam's Schiphol airport bound for Kuala Lumpur.

All 298 passengers and crew on board are believed to have perished.