MH17 crash: Flight steward was not supposed to be on ill-fated flight 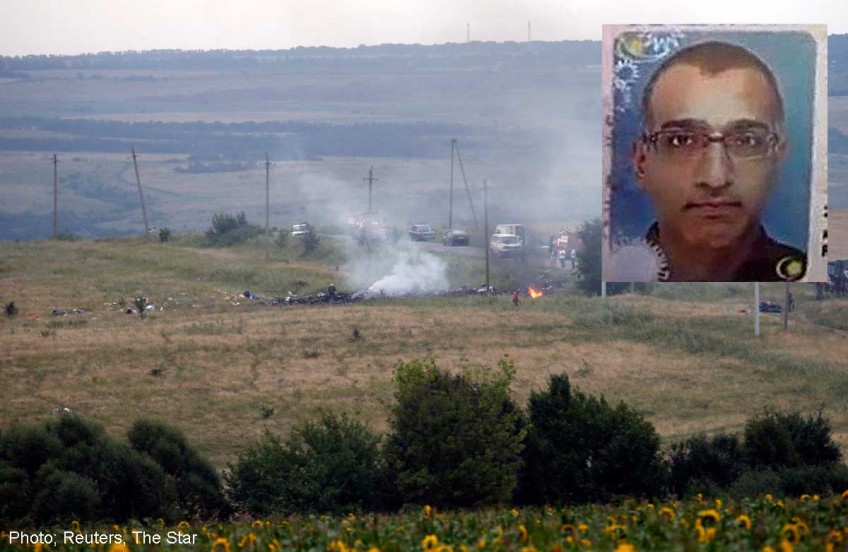 BUKIT MERTAJAM - Flight steward Sanjid Singh Sandu, 41, was not supposed to be on Flight MH17 from Amsterdam to Kuala Lumpur.

According to his father Jijar Singh, 71, Sanjid had switched his shift with a colleague.

His 73-year-old mother had planned to cook his favourite dishes for Sanjid upon his arrival in Penang.

"My son spoke to me over the phone just before his flight.

"I didn't know that would be my last conversation with him.

"What has happened has happened," said Jijar in between tears as he spoke to reporters at his house at Taman Selamat in Alma here.

Jijar and his wife received the news from their daughter-in-law, who is also a flight stewardess at Malaysia Airlines at 4am on Friday.

He added that Sanjid was his youngest child and only son.

Air traffic control lost contact with the Boeing 777-400 around 12:15 GMT near the Russian-Ukrainian border.

Flight MH17 took off from Amsterdam's Schiphol airport shortly after noon Thursday and was supposed to land in Kuala Lumpur at about 6.10am local time on Friday.

Flight tracking data indicated that the plane was at its cruising altitude of 33,000 feet when it disappeared.