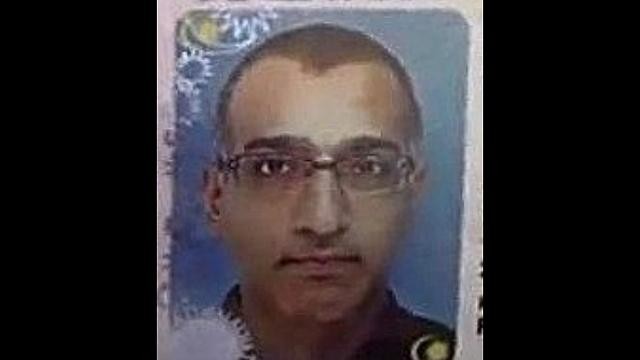 Flight steward Sanjid Singh Sandu, 41, was not supposed to be on Flight MH17 from Amsterdam to Kuala Lumpur. He had switched his shift with a colleague.

It had always been his dream to fly.

Now, he will forever be in the heavens, said a friend he considered a “sister”.

An only son, he was one of the 298 people killed when flight MH17 crashed near the Russian border with Ukraine on Thursday.

Speaking to The New Paper yesterday, his close friend, who wanted to be known only as Ms Diana, 38, said: “He was like a brother to me and he treated me like a sister. I can’t believe he’s gone. I feel like I’ve lost a family member.”

Sighing, she added that Mr Singh would still be alive had he not swopped duties and flown on the doomed flight.

About four months ago, his wife, Madam Tan Bee Geok, who is also an MAS flight attendant, was rostered to work on the still-missing flight MH370.

The 43-year-old is alive today because she had switched duties with another attendant.

According to news portal Free Malaysia Today, Mr Singh’s father said Madam Tan may have to go to Ukraine to make funeral arrangements.

Said Ms Diana, a Malaysian who works in a hotel in Singapore: “It’s such a cruel twist of fate. They just heaved a sigh of relief not too long ago after she narrowly escaped from boarding MH370 and now this had to happen.”

She only found out about his death yesterday morning when one of her friends in Malaysia sent her a text message about it.

She called her friend, and burst into tears when it finally dawned on her that her “brother” is gone.

“My one regret is that I didn’t contact him often when he was still alive. I wish I did. I cried at first but deep inside my heart, I know that he would want me to cheer up and not mourn for him.

“It’s sad that he is no longer on earth. But I feel that heaven has gained an angel,” said Ms Diana.

They were colleagues in a five-star hotel in their hometown, Penang, and became close in 1995 when she became a receptionist on the club floor and he was assigned to be her trainer.

“I was quite scared of him because he seemed so stern at first. But later, I found that he was very kind, helpful and jovial.

“With a few other colleagues, we later became part of a group. We weren’t just friends, we were like family.”

The group of about five men and women spent a lot of time together, from going to supper after work to clubbing on nights off.

Mr Singh had told Ms Diana, who is single, that he had always wanted to be a flight attendant.

He had earlier applied to MAS a few times but was rejected.

She said: “He was finally accepted in 1997 and I remember that he was overjoyed when he told all of us about it.

“It was a bittersweet moment for me as I knew I would miss him at work.”

She last met him in Penang in 2000, shortly before she left for Singapore to work.

“Before I left, he hugged me and said ‘Get married soon’. I just laughed,” said Ms Diana, tears welling in her eyes.

The couple have a son, Hans Singh Sandhu, who is now about 10 years old.

The closely-knit group had planned to have a reunion in Penang next month.

They will still proceed with their plans — only this time, they will be holding a memorial service for Mr Singh.