MH17 crash: 'He was pensive when we last met' 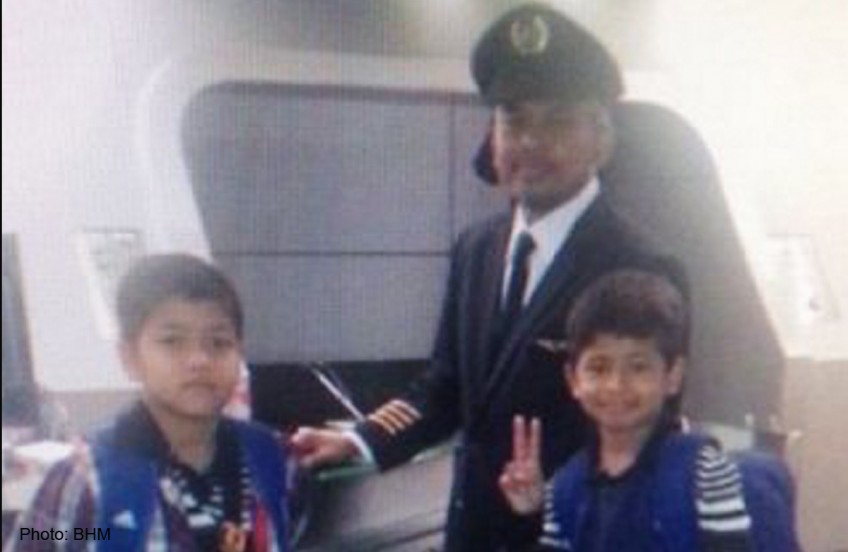 KUALA KANGSAR - Capt Wan Amran Wan Hussin, one of the pilots of the ill-fated MH17 flight, was unusually quiet during his trip back to his kampung in Kota Lama Kiri here last week.

"He loved to joke and was always very funny but he seemed quiet and pensive when we last met," she told reporters at her home in Kampung Jias.

"Wan Aini was like a mother figure to him since they lost their mother many years ago.

"He always made it a point to visit Wan Aini no matter how busy he was, returning to the village every one or two months with his wife and their two young sons.

"He told us he was unable to get leave this coming Hari Raya but promised to drop by for a brief visit on the first day of the celebration.

"He never missed a family event. He always made it a point to be back," said Nur Suraya, who lives with Wan Aini.

When the family found out about the tragic news via the Internet just after midnight on Friday, Nur Suraya said Wan Aini started wailing in disbelief.

"We can't believe that he has been taken away from us just like that.

"I will always remember my uncle as a kind-hearted and generous person who never ceased to help others," she said.

Wan Amran's cousin, who wanted to be known only as Yati, said she did not know that he was piloting Flight MH17 when she was watching the news on TV about the crash.

The 47-year-old said she only found out later from his wife.

"I remember thinking while watching the news that the pilots must have been really brave. I can imagine them trying to save the plane after it was hit," she said at the KL International Airport in Sepang.