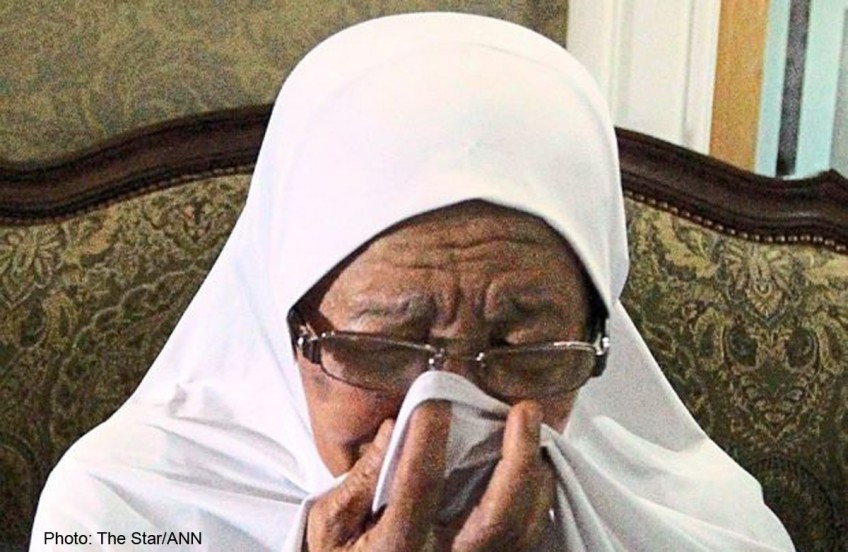 KUCHING - It was to be their return to Malaysia after three years in Kazakhstan. They never came home. The entire family of six perished when MH17 was shot out of the sky over the war-torn Ukraine-Russia border.

The family was returning from Kazakhstan, where Tambi, a Shell employee, had been working for about three years.

Their eldest was a student at Taylor's University in Kuala Lumpur, while the three other children were studying in Kazakhstan.

Mohd Afif had joined the family in Kazakhstan to help them pack for the homecoming.

Tambi, who had been transferred to Shell Malaysia headquarters in Kuala Lumpur, had wanted to celebrate Hari Raya at home before reporting for work in the nation's capital, according to Ariza's mother Jamillah Noriah Abg Anuar.

The distraught 72-year-old told reporters she learnt of the tragedy at 1.30am when she was woken up by family members.

"I was asleep. I received a call from my children, saying they were outside my house," Jamillah recounted.

Jamillah had spoken to those who had died just hours earlier.

"They called me from Amsterdam. Before entering the plane, they called. Nothing strange. It was a normal conversation."

The grandmother said she was excited about their scheduled arrival at Kuching International Airport at 2pm.

With days to go until Hari Raya, the family had decided to wear all white clothes for the festive season. Jamillah had all her clothes picked out.

"They come back to Kuching three to four times a year when they can. Usually, they'll stay in Kuala Lumpur for a few days. This time, they were coming straight back to Kuching."

Ariza took early retirement to accompany her husband to Kazakhstan.

An engineer by training, she was formerly an employee of Bintulu Development Authority, according to family members.

Ariza was also an avid social media user. Prior to boarding the plane, she uploaded photos of their packed bags on the Internet. The photos have been circulated among shocked family members and friends.

Taylor's University, meanwhile, will hold tahlil prayers for Mohd Afif, its vice-chancellor and president Prof Datuk Dr Hassan Said said, adding that the special prayers would be held at Surau Al-Bukhary adjacent to the university's Lakeside Campus in Subang Jaya on Monday after zohor prayers.