MH17 crash: Land for family but there's no family 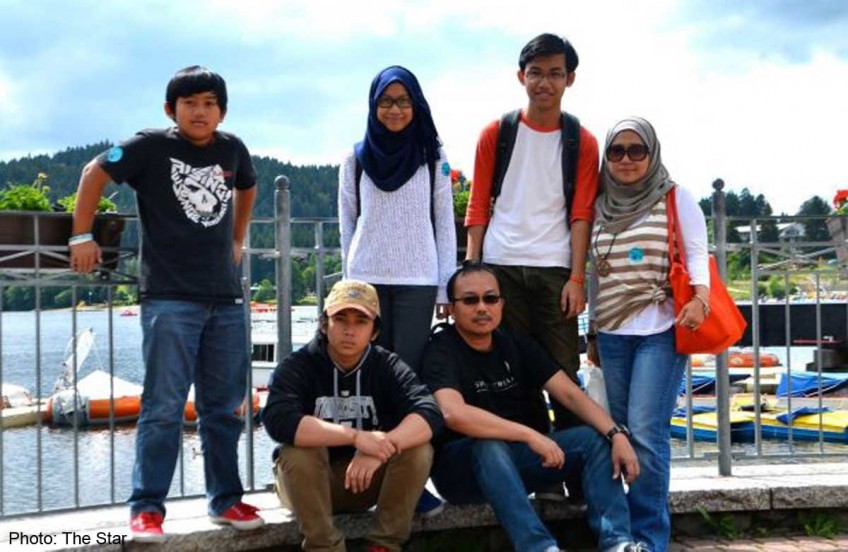 MH17 has been a heartbreaking story, one of families being wiped out, being torn asunder; of children losing parents and parents losing children. And of innocent lives lost in an insane incident. The Star has talked to many of the victim's kin. Here, we let them say it in their own words.

KUCHING - We have a family home in Petra Jaya. Behind it is a vacant piece of land. It was for my sister Ariza Ghazalee. Ariza and her husband, Tambi Jiee, were coming home to Malaysia after working in Kazakhstan for about three years. Tambi had just been transferred to Kuala Lumpur.

One day they would have built their own home on that piece of land. Now, the land remains empty, a heart-rending reminder.

Ariza, Tambi and their four children - Mohd Afif, 19, Mohd Afzal, 17, Marsha Azmeena, 15, and Mohd Afruz, 13 - were all on board MH17. They were coming back for Hari Raya after a short holiday in Europe.

They were a family of six. A whole family gone, just like that. We find that so hard to accept.

In the first few days, there was a lot of activity around the house. It is quieter now, and in our sadness, the quietness makes it harder.

Having sleepless nights is one thing, what really gets you is when you start thinking about the family.

It has been nearly a week and we have accepted the loss but there is still so much sadness. My mother still cries every time someone comes and visit. She tries to relate what has happened to everyone. She can accept but it is very difficult for her. We all miss the family tremendously.

We have been placed under a lot of media focus. We even received interview requests from organisations like The Washington Post. Everyone asks more or less the same things. We just say we are coping.

I miss talking to my sister over the phone the most. She was away from us to be with her family in Kazakhstan, but we spoke and chatted over the Internet all the time.

She would tell me about her family in Atyrau and I would tell her about mine in Kuching. I have three children of my own. We shared a lot.

How I wish I could talk to her now. I wish I could tell her everyone is in the house: Which family, relatives, friends and neighbours, who have visited and given us support. I just want to tell her that. We were really very close. They came home to Kuching three or four times a year, whenever they could.

Ariza and Tambi were both very kind and thoughtful people. In the past few days, people have said a lot of nice things about them. All their comments are true and not just said in sympathy.

Ariza really was the most generous person and highly qualified too. She was a civil engineer. Her husband was quieter but equally helpful in any situation. Both found it easy to mix with people. They were a loving couple who enjoyed travelling together the most.

In Kazakhstan, where the Malaysian community is quite small, they had a lot of friends. Their children played football and people say they remembered them for loving cats.

Every day now we have been following the news almost 24 hours, whether it is on television or through newspapers. As long as we are awake, we are watching the news. We are buying every newspaper we can get.

We are even buying Chinese newspapers. If only we could understand what is being written; the papers are full of photos.

What we want now, our message to Parliament, which sits today, is to say to everyone, we only want their remains back. Without their remains, there is no end, kind of like a missing persons story. We hope the remains are being given respect. We do not want this sadness to be prolonged. Prolonged sadness is just like prolonged sickness.

Everyday now we are just looking forward for some glimmer of good news.

We want the remains. It will be something for us to remember them by. That is the most important thing. We do not care about what else is happening. Everything should have an end.