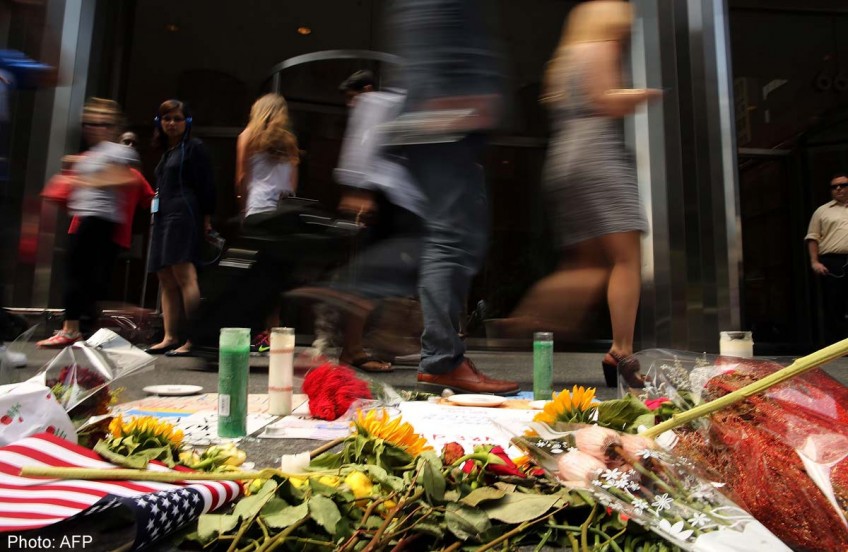 People walk past a memorial to those killed on the Malaysia Airlines flight outside the Netherlands Consulate General on July 18, 2014 in New York City.

PETALING JAYA: Malaysia is demanding an independent and transparent international investigation into the crash of Malaysia Airlines (MAS) flight MH17.

"We urge the parties in conflict in the area of the crash site to provide their fullest co-operation.

"Such cooperation also entails facilitating the safe and unhindered access for the investigation and humanitarian personnel to carry out their mission," he said at the emergency meeting of UN Security Council on the crash on Friday

Hussein said that there should be no interference or movement of debris at the crash site.

"Malaysia also urges the Security Council to undertake the necessary measures to ensure the safety and security of humanitarian and investigative personnel," he said.

Speaking on the possibility of the plane being shot down, Hussein said that the incident was a grave reminder of how international disputes could claim innocent lives in a most tragic and senseless manner.

"In this regard, we urge the Security Council to step up its role in facilitating a peaceful resolution to the conflict between Russia and Ukraine with a view to preventing the recurrence of such a tragic incident," he said.

MH17 disappeared from radar screens in eastern Ukraine at around 1415 GMT, hours after the Boeing 777, bound for Kuala Lumpur, had taken off from Amsterdam's Schiphol airport.

The Boeing 777, with 283 passengers and 15 crew members onboard, is believed to have been accidentally shot down 50km from the Ukraine-Russia border.