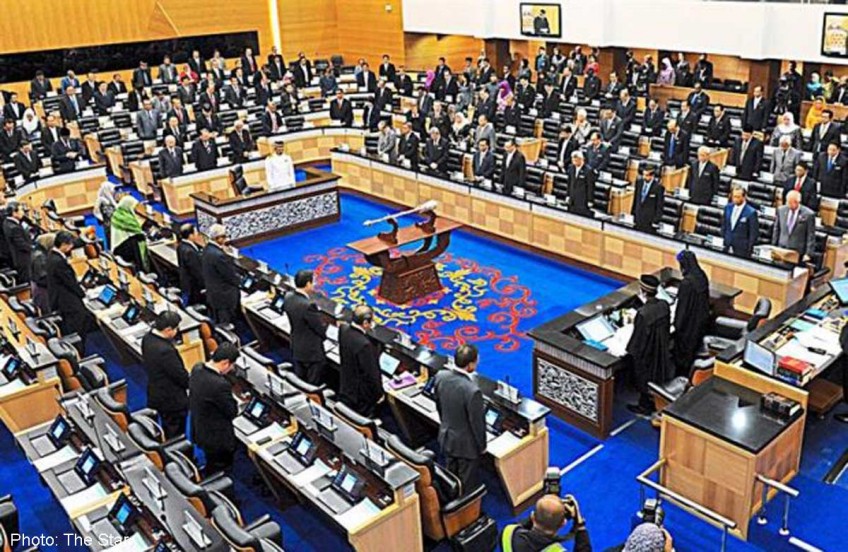 KUALA LUMPUR - The Government has directed the Attorney-General to study the crash of Malaysia Airlines Flight MH17 so that action can be taken against the parties responsible in line with international law.

Prime Minister Datuk Seri Najib Tun Razak said this yesterday in a strongly worded motion at a specially convened session of Parliament to condemn those who caused the air disaster.

Flight MH17, with 298 people on board, was enroute from Amsterdam to Kuala Lumpur when it crashed in eastern Ukraine last Thursday.

The plane is believed to have been brought down by a surface-to-air missile.

Najib called on the International Civil Aviation Organisation (Icao) as the guardian for global aviation safety to condemn the incident as well.

According to Annex 13 of the Chicago Convention, which established Icao, the Ukrainian government was responsible for conducting investigations and providing details of the crash to the families of the victims.

Najib stressed, however, that Malaysia was not pointing fingers at any party until it had proof.

He said there were still unanswered questions as to whether the plane was brought down by a guided missile, on whose orders the action was carried out, who the weapon suppliers were and what their true motives were.

He also questioned whether there had been plans to shoot down the plane intentionally or if it was an unintentional incident.

Najib acknowledged that although efforts to seek the truth would not bring back the loved ones lost in the tragedy, he understood the need for justice to provide closure for family members.

"To the families of the victims of the MH17 tragedy, do not worry because as long as answers are not found, we will not stop seeking the truth.

"No matter how difficult, justice will be sought," he said, adding that he had promised the families that "as far as possible, the victims can be laid to rest before Syawal".