MH17 crash: Malaysia will give its all to recover victims' remains, says Liow 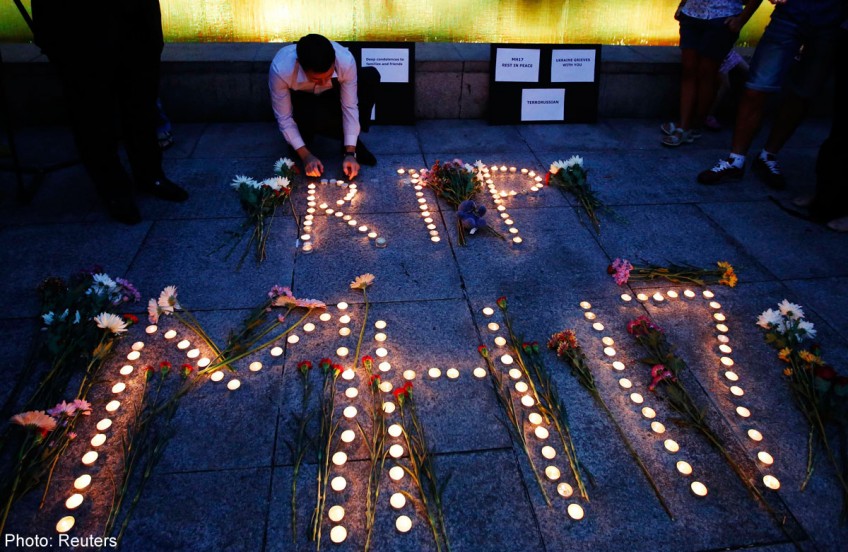 PETALING JAYA - All available resources of the Malaysian Government and Malaysia Airlines will be dedicated to the recovery of the remaining human remains at the crash site of flight MH17, Datuk Seri Liow Tiong Lai said.

"We urge the search to continue for those who are still missing and pledge to exhaust all efforts to recover all human remains," the Transport Minister said in a statement Wednesday.

Liow added that while it was a relief that the process of identification of bodies can finally begin now they have been brought to the Netherlands, those whose remains have not been found should not be forgotten.

"In the meantime, our priority is to support those who share a common grief while working closely with all governments, international organisations and responsible parties to help guarantee a full and thorough investigation is undertaken," he said.

Liow also said that Malaysia would join the international community to discover the truth behind the incident, not only to help the families to find a closure, but also to prevent such atrocities from happening again and to bring those responsible to justice.

"Our goal now is to unite those who have perished with their families and loved ones as fast as possible while allowing investigators to continue their work at the crash site," he said.

Liow also thanked Dutch Prime Minister Mark Rutte and the government for their support and collaboration in this difficult time.

In an exclusive interview with The Star earlier, Liow said it would be a very tough challenge bringing back the remains of Malaysian victims before Hari Raya, despite the disaster victim identification (DVI) team working as hard as they could.

"We will work hard, we will try our best, but if some of the remains need DNA tests, it will be difficult.

"This is also a detailed investigation which we cannot compromise on because we want to find out the truth," he said.

Liow said he hoped the first batch of bodies could be sent home before Hari Raya, but admitted it would be a very tough challenge because there are just two days left before Friday.