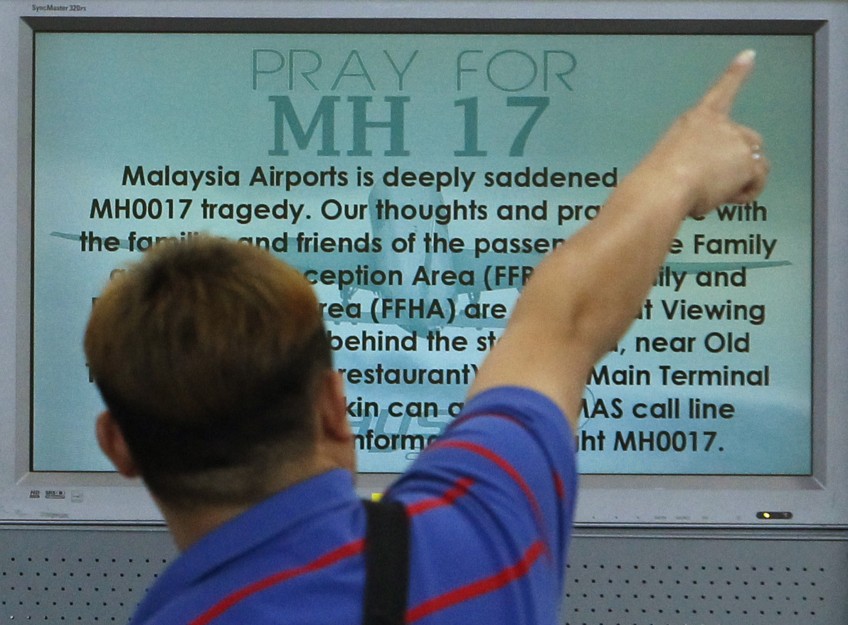 A man pointing to a "Pray for MH17" message on a display board at Kuala Lumpur International Airport.

Liow announced this at a press conference at the Sama-Sama Hotel here on Friday.

Out of the 298 passengers and crew on board, 173 of the passengers on board the Amsterdam-Kuala Lumpur flight are from the Netherlands.

MH17 disappeared from radar screens in eastern Ukraine at around 1415 GMT on Thursday, hours after the Boeing 777, bound for Kuala Lumpur, had taken off from Amsterdam's Schiphol airport.

It is believed to have been accidentally shot down 50km from the Ukraine-Russia border.

All 298 passengers and crew on board, including 44 Malaysians, are believed to have perished.

He also gave details of the 62-person team being sent to Kiev, the capital of the Ukraine.

"30 are from the Special Malaysia Disaster Assistance and Rescue Team, 15 are medical staff, while 10 are Royal Malaysia Air Force representatives, five are Malaysia Airlines staff and two are Department of Civil Aviation staff," said Liow.