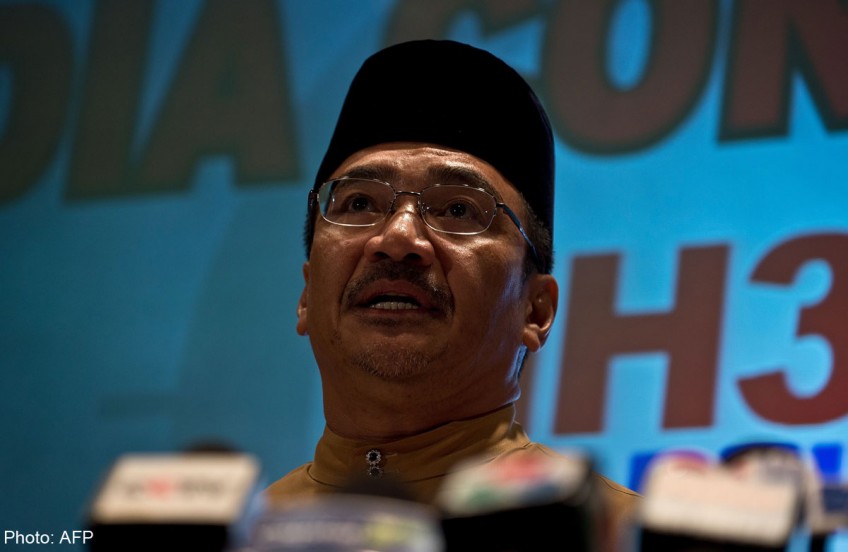 PETALING JAYA - Defence Minister Datuk Seri Hishammuddin Hussein says he has instructed the military to get confirmation on the fate of Malaysian Airlines flight MH17, which was reportedly shot down in Ukraine.

In a series of tweets, he said he was in touch with the Transport Ministry in order to verify the information, and urged people not to speculate.

"No confirmation it was shot down! Our military have been instructed 2 get on it," he said in response to a tweet saying that the plane had been shot down by rebel forces.

"I am also in touch with MOT (Ministry of Transport)," he tweeted several minutes later.

Malaysian Airlines confirmed on its twitter page that it had lost contact with the Boeing 777 aircraft, which was flying from Amsterdam to Kuala Lumpur.