MH17 crash: Najib looked at all the links that could help 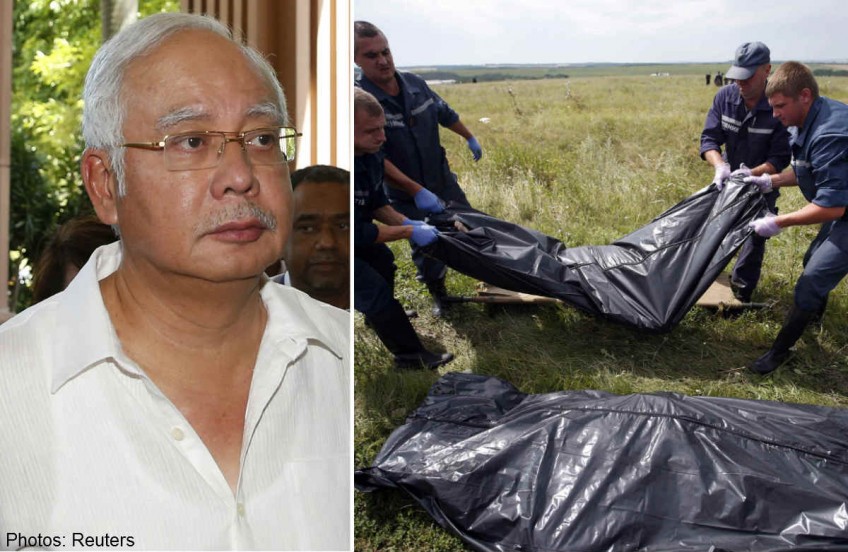 PETALING JAYA - A key factor in Malaysia's breakthrough was that Prime Minister Datuk Seri Najib Tun Razak avoided blaming the pro-Russian forces for the crash, although he was initially criticised for not taking a stronger stand.

"In his first statement, when people were pointing the fingers at the separatists and the Russians, he said it has to be corroborated by hard evidence," noted a source in the Prime Minister's Office.

For Najib, especially after meeting the families of the victims, the priority was to recover the bodies, "and Russia-bashing would not achieve that".

He also knew "working through government channels alone would not be enough to achieve that objective".

From his years as Defence Minister, added the source, "He knew he had to look at all the links that could help. That was how they reached out to Borodai. The groundwork was made by people outside the Government who paved the way for the phone calls."

Through a series of telephone calls with Borodai, Najib worked out an agreement.

"They wanted to prove their innocence," said a diplomatic source, "and they didn't trust anyone else, except Malaysia." That was partly due to Malaysia's role in negotiating peace in the southern Philippines, he added. "We are a trusted mediator."

Malaysia's stand on moderation also helped, according to the diplomatic source: "Big powers like to threaten and people don't respond to that. There has to be another way."

Malaysia's non-aligned, independent stand was also a factor in the negotiations, added a military source.

"Even the separatists recognised the role Malaysia has played has been very consistent and focused on what we want to achieve."

The fact that Borodai would only release the bodies and black boxes to Malaysia showed the level of trust, noted the diplomatic source.