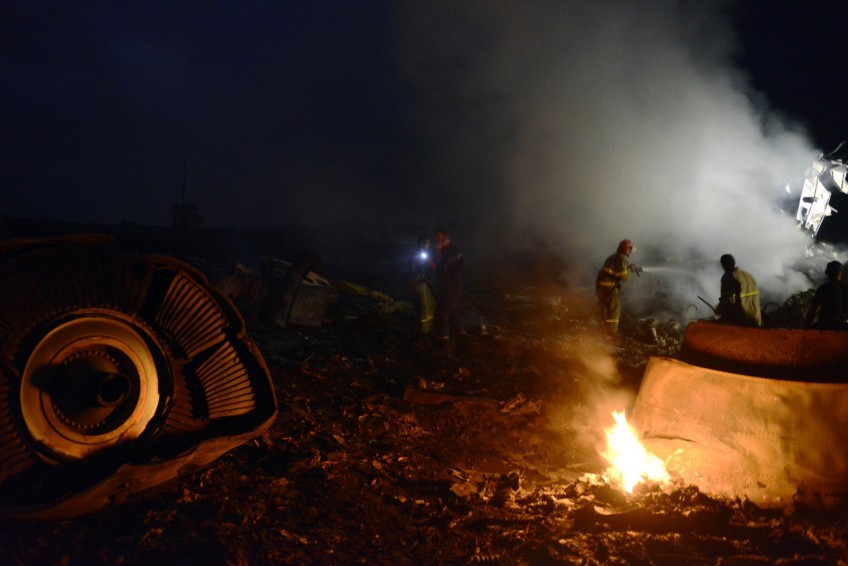 Firefighters extinguish a fire, on July 17, 2014, amongst the wreckages of the malaysian airliner carrying 295 people from Amsterdam to Kuala Lumpur after it crashed, near the town of Shaktarsk, in rebel-held east Ukraine.

PETALING JAYA - Pro-Russia separatists who claim to have recovered the black box of the downed Malaysia Airlines (MAS) flight MH17 have announced that they are planning to have it moved to Moscow for examination, a news report alleges.

According to Russian news agency Interfax, the news came from officials from the breakaway Donestsk Republic.

"Of course, we most likely will give them to the Interstate Aviation Committee (IAC), to Moscow. They are highly qualified experts who will be able to accurately determine the cause of the disaster, even though it is so clear," the report quotes Donestsk Republic First Deputy Prime Minister Andriy Purgin as saying.

A black box, which is actually orange, is made up of a cockpit voice recorder and flight data recorder, which are used to aid crash investigators in determining the cause of aviation accidents.

MH17 disappeared from radar screens in eastern Ukraine at around 1415 GMT, hours after the Boeing 777, bound for Kuala Lumpur, had taken off from Amsterdam's Schiphol airport.

The Boeing 777, with 283 passengers and 15 crewmembers onboard, is believed to have been accidentally shot down 50km from the Ukraine-Russia border.