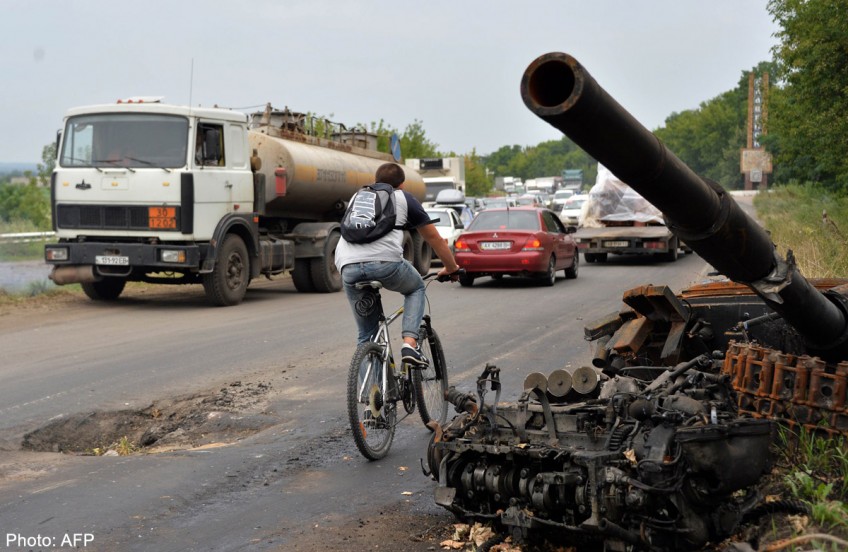 A man rides a bicycle past wrecked tanks and armored personnel carriers (APCs) left by pro-Russia militants on a road near the eastern Ukrainian city of Slavyansk on July 18, 2014.

KIEV - Ukraine has "compelling evidence"that the crew which operated the missile system Kiev says shot down a Malaysian airliner were Russian citizens and they must be questioned, the country's counter intelligence chief said on Saturday.

Vitaly Nada told a news conference: "We have compelling evidence that this terrorist act was committed with the help of the Russian Federation. We know clearly that the crew of this system were Russian citizens."

He also called on Russia to give Ukraine the names and surnames of the crew so that Kiev could question them.