KUALA LUMPUR - Intan Maizura Othman was pregnant with her second child when the MH370 plane carrying her flight attendant husband disappeared on March 8, 2014.

Now five years on, her son Muhammad Mohd Hazrin is asking her tough questions about the father he never met.

Her daughter Iman Mohd Hazrin, 10, used to ask when her father would come home and where his grave was if he had passed on, but has now stopped doing so as she grew older.

"She understands now. But my son has taken her turn. He is asking me the same questions that she used to ask me. 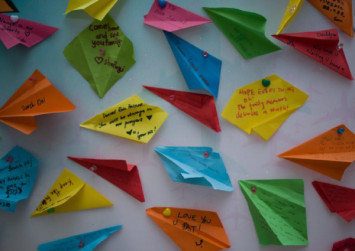 "I have to live with that for three or four years until he comes to a stage where he can understand," said the 39-year-old business owner, as she herself awaits answers from the authorities over the fate of MH370.

"We definitely want the truth, from whomever. We constantly pray that someone will come over and tell us the truth."

Intan Maizura was attending the fifth annual MH370 remembrance event at Publika Shopping Gallery organised by Voice 370, an association of families of passengers and crew members on board MH370.

Nicolette Gomes, 33, whose father Patrick Gomes was MH370's inflight supervisor, said the families were still in limbo as there was no closure.

"Over all these years, the questions still linger and we will not stop looking for answers no matter how old we get.

"When the new government came into power, we had hope that our pleas would be heard. We've been waiting and hoping that they will understand our need for closure.

"No matter which government comes into power, it doesn't really matter, we just want them to understand us as people who have lost our family members," said Nicolette, a teacher.

Indian national K.S. Narendran, 55, from Chennai, whose wife Chan­drika Sharma was on the plane, said the new government was a source of the families' fledgling hope. 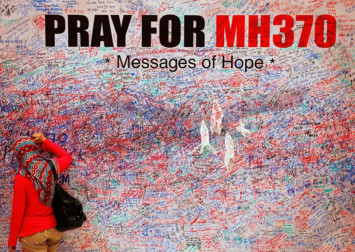 "Not many people are convinced that a 449-page report is all that is known regarding what happened to MH370," said Narendran, referring to the final report on the flight released by the government in July last year.

At the event, two out of the only three pieces of debris confirmed to be from the ill-fated Flight MH370 were displayed for public viewing.

This included the biggest debris found, a wing flap discovered on Pemba Island off the Tanzanian coast in 2016 measuring 1.5m by 2.5m, and the rear edge of an outboard flap found on Ilot Bernarche, Mauritius the same year.

Grace Nathan, 31, whose mother Anne Daisy Nathan was one of the passengers, said having the debris on display was an overwhelming experience for the family members.

"One piece was discovered in Tanzania. It travelled thousands of kilometres to Africa, from a plane that was supposed to land in China.

"For us family members, it is very overwhelming to have this piece here," said Grace.

The Voice 370 spokesman said though it had been five years, it was unfortunate that the message continued to be the same.

"We want the search to continue and we want to keep MH370 alive in the minds of everyone here and in the aviation industry," said Grace.

At the event, there was also a unique interactive art installation, for visitors to physically search their way through towards the debris on display to invoke a sensorial experience of the search thus far.