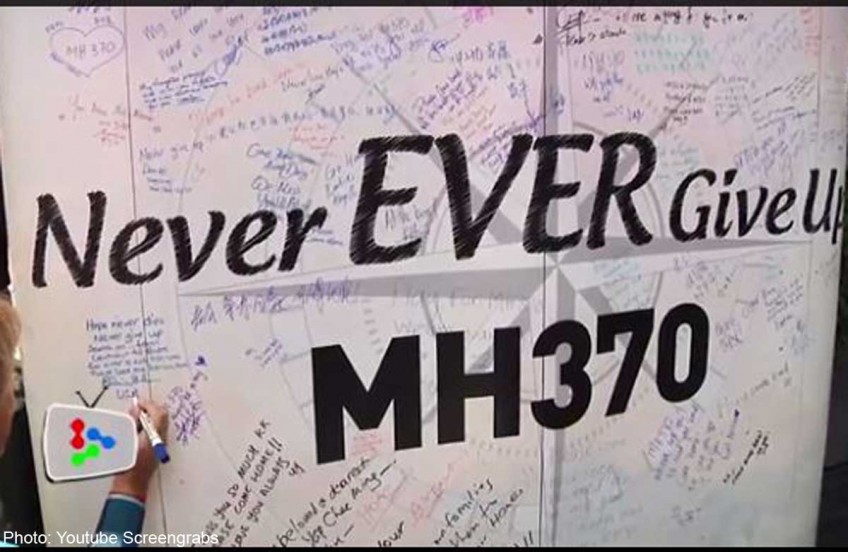 Family members of those onboard flight MH370 gathered in Publika, Kuala Lumpur to mark the one year anniversary of the disappearance of the flight.

KUALA LUMPUR - Next-of-kin of victims aboard Malaysia Airlines (MAS) flight MH370 were given an hour's notice before the missing flight was officially declared as an accident, the Dewan Rakyat was told Thursday.

In a written response to Ramkarpal Singh (Bukit Gelugor), the Transport Ministry said the family members were notified via telephone, short message service and e-mail.

"For your information, MAS informed the MH370 victims' next-of-kin one hour before the announcement was made," it said.

On Jan 29, Department of Civil Aviation director-general Datuk Azharuddin Abdul Rahman declared that the disappearance of MH370 flight was an "accident" and all 239 passengers and crew aboard presumed dead.

The declaration was to enable the family members seek compensation, but this did not signal an end to the search of the missing aircraft.

However, the MH370 next-of-kin criticised the move, with some alleging that they received little advance warning of the announcement.

The Boeing 777-200 aircraft was on a scheduled flight from Kuala Lumpur to Beijing on March 8 last year when it disappeared from the radar 40 minutes after taking off.

The flight is believed to have ended in the southern Indian Ocean.

[[nid:136882]]
SUBSCRIBE TO OUR NEWSLETTER
Your daily good stuff - AsiaOne stories delivered straight to your inbox